This guide provides context and access to two digital collections, papers at the University Archives and Manuscripts Collections at UH Mānoa and videos at ʻUluʻUlu: The Henry Ku‘ualoha Giugni Moving Image Archive of Hawai‘i at UH West Oʻahu. 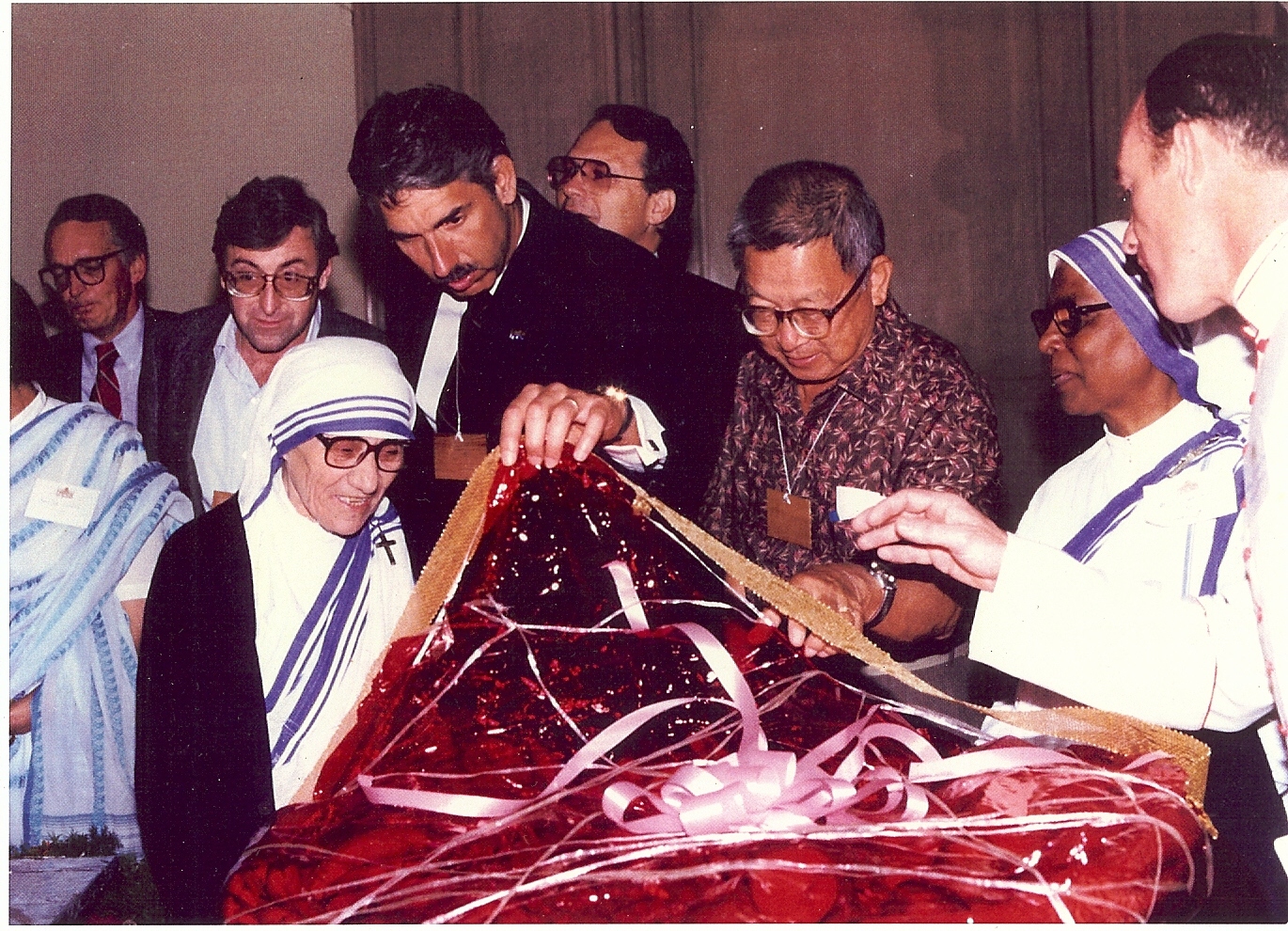 Aoki at the Church of the Crossroads 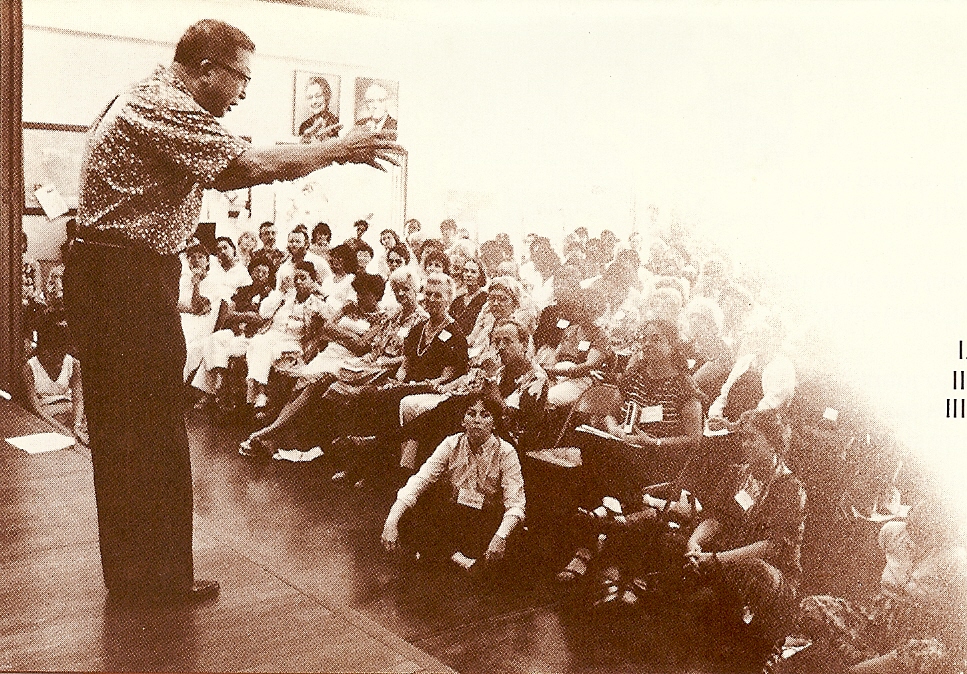 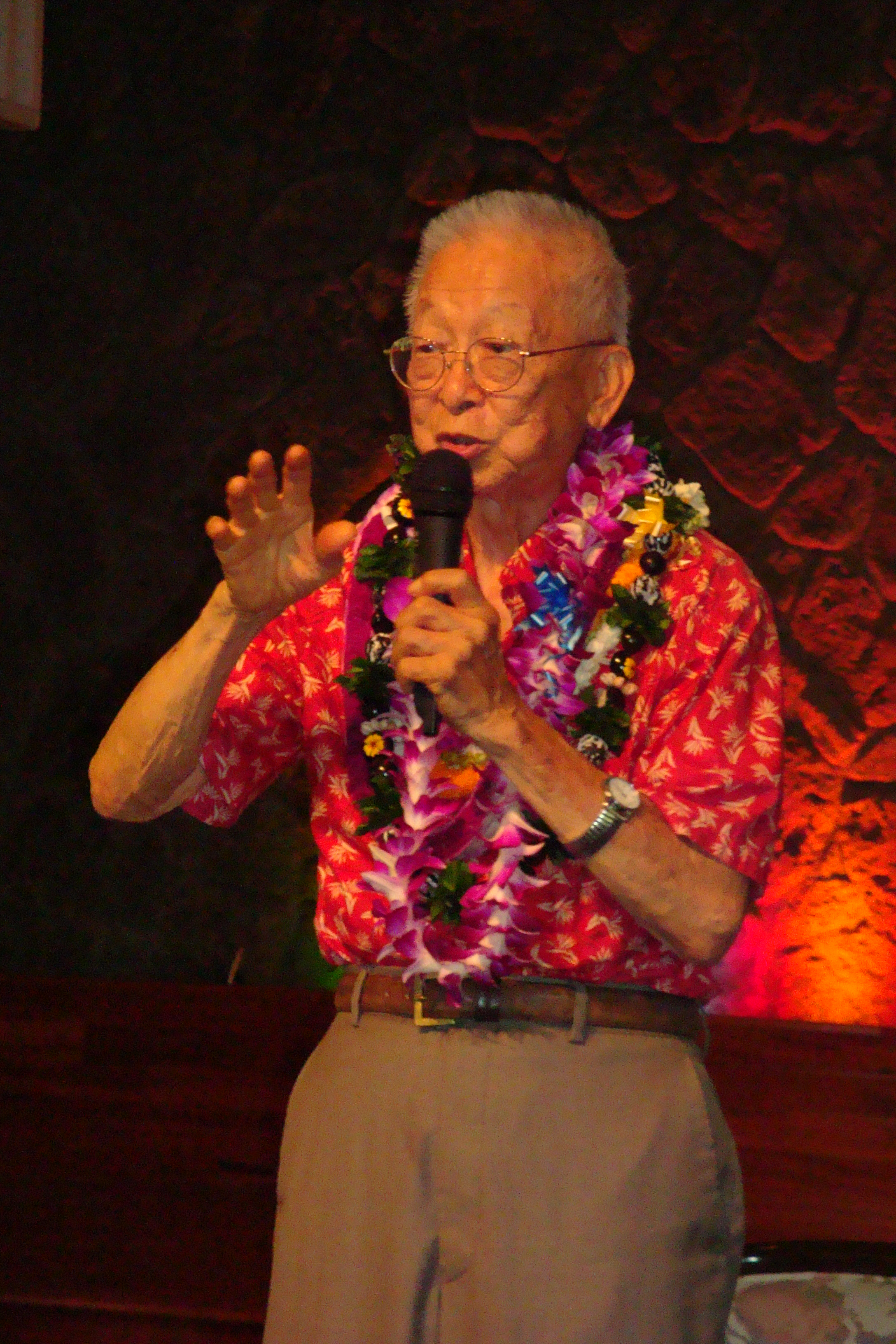 Reverend Dr. Mitsuo Aoki, (December 4, 2014 - August 16, 2010) was born in Hawi, Hawaiʻi the son of Japanese immigrant plantation workers and was raised in the Japanese camp community as a practicing Buddhist.  His name Mitsuo was given to him because the Japanese characters of his name meant “third son”, out of what would be twelve children in his family.  It was in this community that his identity was formed.  He began to understand not only what his role was in the family but also his place in the Japanese camp and plantation community.  He grew up where life and death were one, and not separated.  As a youth, he even dug graves and helped with services when someone died in the community as part of a natural process of life.  This would provide groundwork for his journey later in life.

Mitsuo was influenced by the realities of plantation life and the segregation from the Caucasian plantation managers and their children who had more privilege.  None-the-less he made friends with the haole children who would sneak him into the “whites only” swimming pool and hide him if others came.  He excelled in school and sports.  Knowing that the plantation life would limit his future his grandmother encouraged him to leave the Big Island and move to Oahu where he worked and was invited to attend the Honolulu Bible School where he met Reverend Paul B. Waterhouse.  They became friends and Mitsuo move in with Reverend Waterhouse and his wife.  After 18 months living with the Waterhouse family, and teaching Sunday School at Kalihi United Church of Christ he became a Christian.  Reverend Waterhouse and his wife sponsored Mitsuo to attend at the University of Hawaii for two years and then the final two years at Drury College their alma matter where he graduated with honors.

Mitsuo knew that he wanted to become a religion professor and so he pursued his master’s degree through 3 years studying at Chicago Theological Seminary with his friend Abraham Akaka, again graduating 1943 with honors and was ordained as a United Church of Christ Minister.  He returned to Hawaii in 1944 and worked as a minister in Hawaii on Maui for 4 years and 2 on Kauai until returning to his PhD studies with the well-known Christian theologians Reinhold Niebuhr and Paul Tillich at Union Theological Seminary in New York City, where he researched and wrote about “The Meaning of Death” under the mentorship of Paul Tillich.  He then taught for two years in New York before being asked to create the Religion Department at the University of Hawaii at Mānoa 1956.

It was at the University of Hawaii that he could realize his life purpose of teaching religion to what would turn out to be tens of thousands of university students and the community in Hawaii. He was a well-respected, energetic, humorous, and popular university religion professor and nicknamed by his students “The Cosmic Dancer” because of his tai chi and aikido like movements in class and his sudden jumping on the table in class to dance.  According to colleagues, and students, Dr. Aoki brought a deep understanding of world religions to the University of Hawaii. He had a unique way of bringing the East and West together in his teachings. Students would say, with every new religion they were studying he would come to class in costume representing that religion and culture.  It was as though he intimately knew and understood the particular religious teachings and could embody those beliefs while teaching class. His lectures were highly captivating for his students.

He is perhaps best known for his teaching and community work in the end-of-life field.  His death and dying course at UH Mānoa was very popular with students and he also taught and lectured in the community.  He helped to establish the early hospice programs in Hawaii through his programmatic consultation and training many of the original hospice staff and volunteers.  He was active with the American Cancer Society and formed early support groups including “Make Today Count”.  He provided countless hours of counseling with individuals and families in Hawaii, and beyond, who were experiencing terminal illness and the loss of a loved one through death.  He knew, and was friends with, Dr. Elisabeth Kubler Ross who is considered an international expert in the death and dying field.

His life and descriptions of his work have been documented in magazine and newspaper articles.  A documentary film describing and depicting his work entitled “Living Your Dying” was co-produced in 2003 by Lotus Films and Hawaii Public Television, with major funding by the Hawaii Community Foundation, Dr. and Mrs. L.Q. Pang Foundation and the Maurice J. Sullivan Family. https://www.youtube.com/watch?v=oTr0HsyVv5s.  It has been shown on PBS Hawaii since 2003 with very positive viewer feedback to PBS each time and with new audiences who never knew Dr. Aoki.  PBS Hawaii recently requested and agreed to show “Living Your Dying” for at least another 4 years acknowledging that his timeless message of facing death directly and discovering and using one’s resources and strengths to live life to the fullest benefited us all.  This is especially true now in the time of our current Covid-19 pandemic.

Dr. Aoki was a national finalist in 1982 for the prestigious Jefferson Award for his public volunteer service.  He was also recognized as a “Hawaii Living Treasure” in 2004 by the Honpa Hongwanji Mission of Hawaii and was given a Lifetime Achievement Award from Hospice Hawaii 2001.  The Hawaii Forgiveness Project honored him as a “Forgiveness Hero” 2009.

Aoki with the Dalai Lama 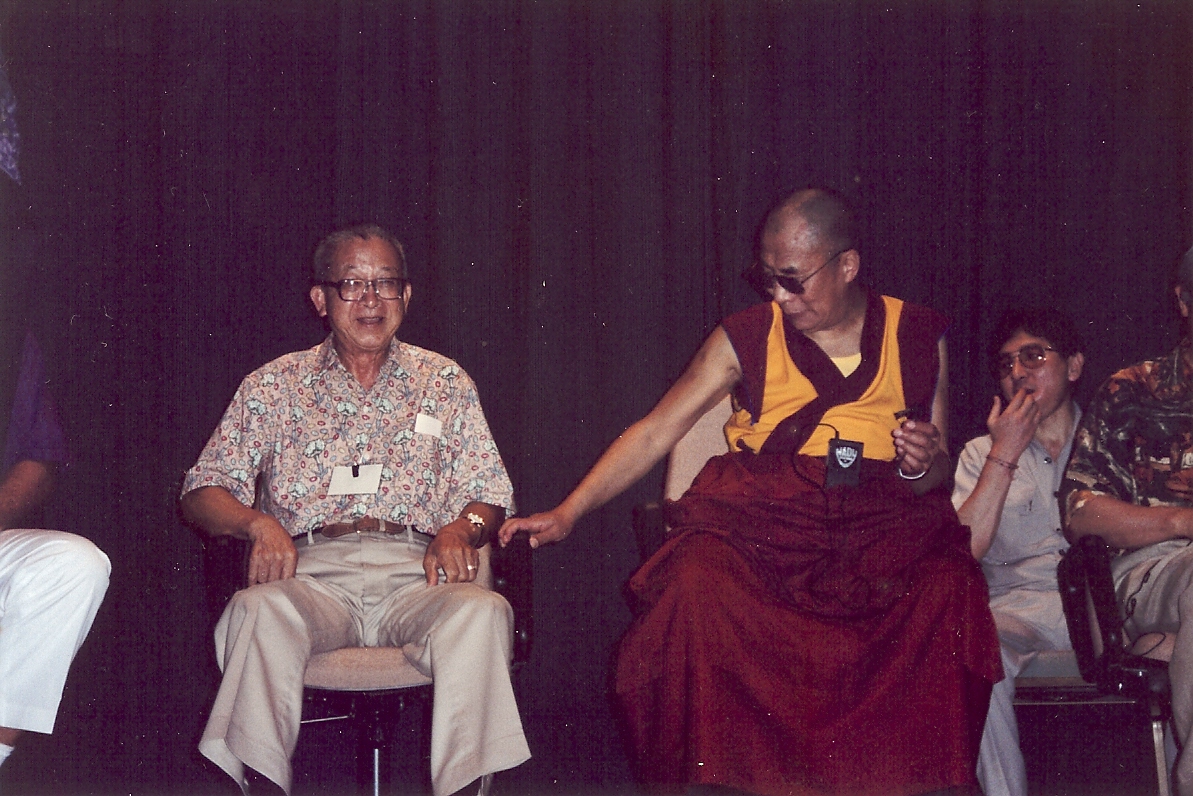 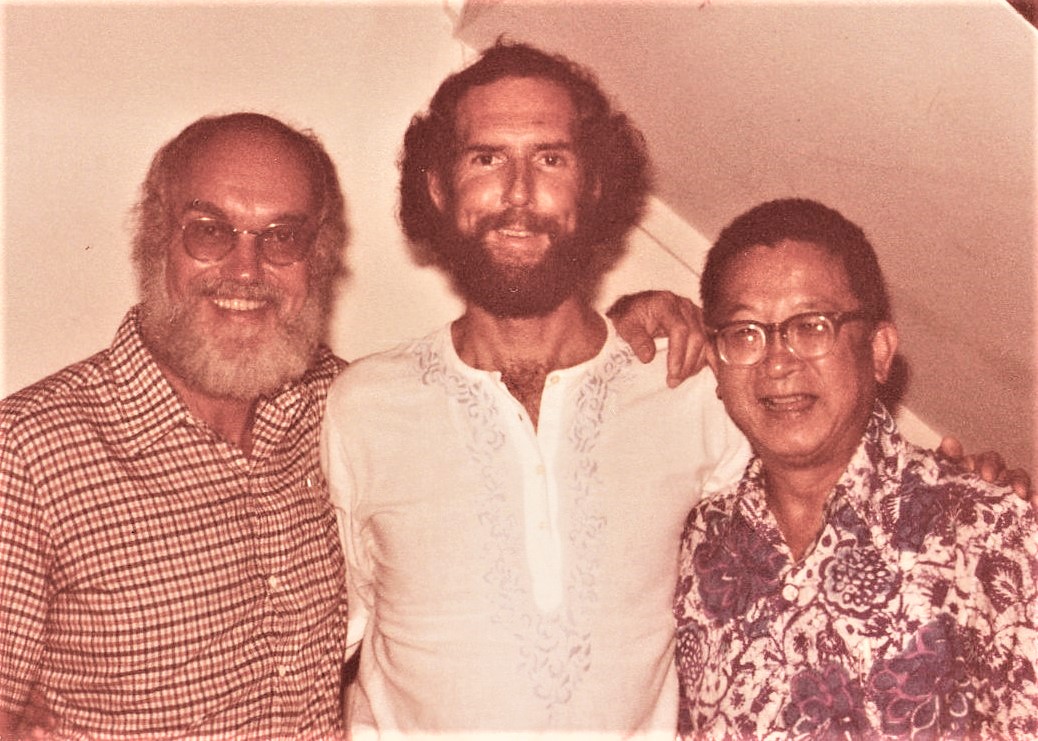 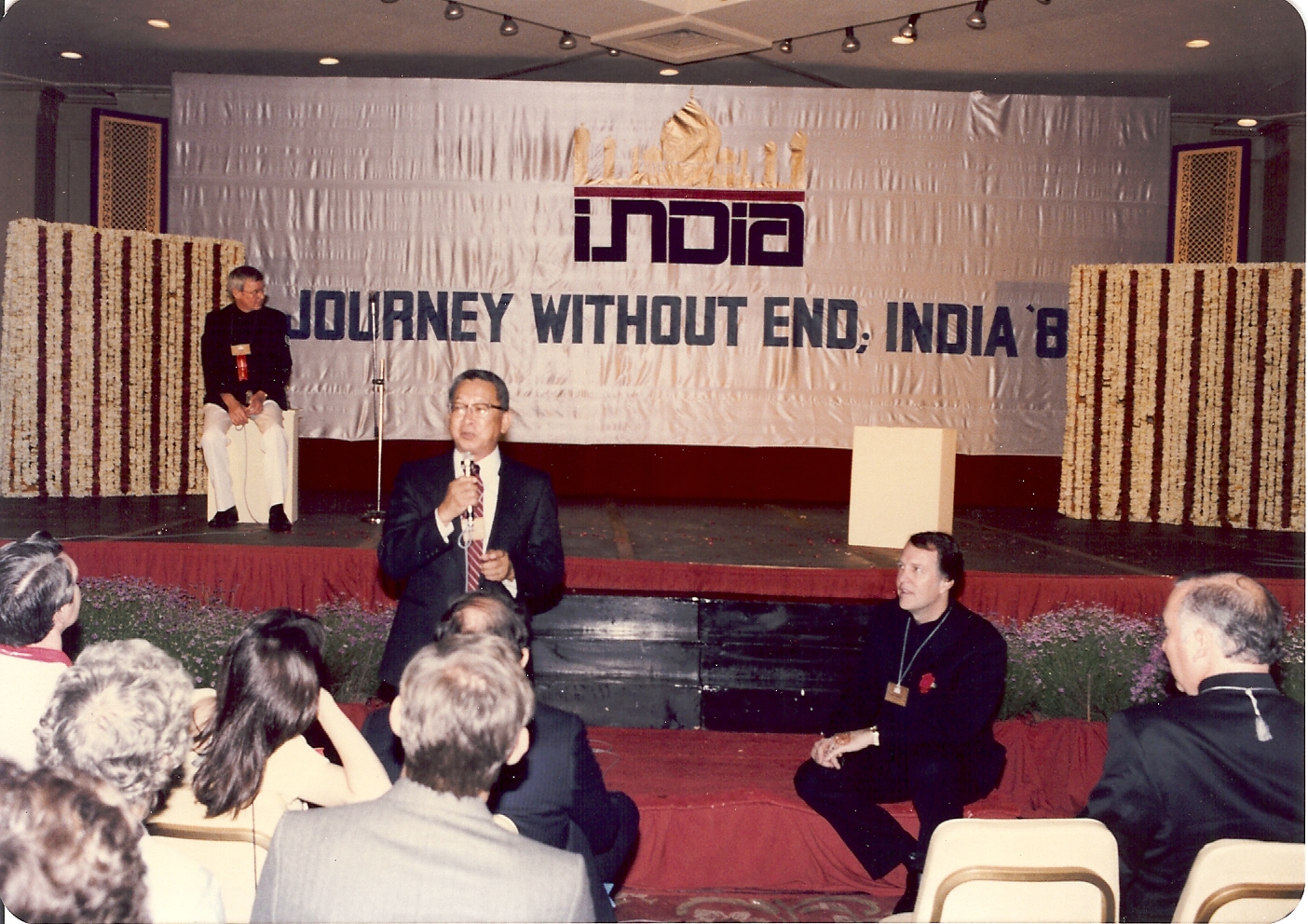 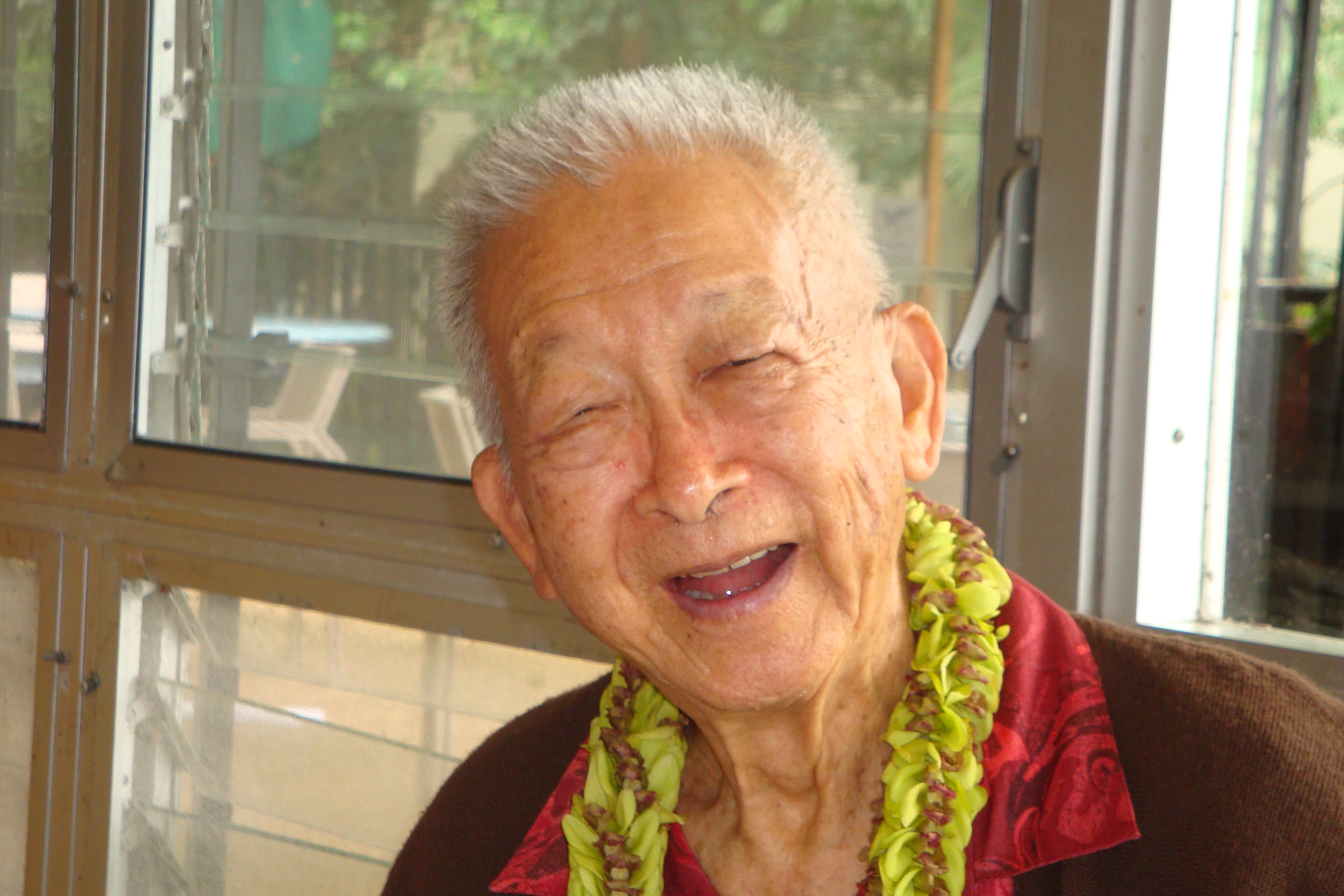