UHM-University of Hawaiʻi at Mānoa

UHH-University of Hawaiʻi at Hilo

In the 21st century, we owe much of what we know about traditional Hawaiian tattooing to oral histories, artists, early written accounts and the work of present day researchers and practitioners. Without early documentation of this art form in the 18th and 19th centuries, the unique cultural identity of Hawaiian tattoo designs would have been lost forever. Much dedicated research was completed on the subject in the 20th century, further solidifying the revitalization of this art form known as kākau uhi.

Found throughout the Pacific Islands, tattooing by Hawaiians was not regarded by the early European voyagers as the most detailed or artistic of the tattoo practitioners. However, these early accounts in journals, drawings and prints are critical to our understanding of the art form at the time of Western contact. These are most accurate in the late eighteenth century, since designs quickly evolved with outside influences such as introduced written language and animals. The prints that were completed in Europe after artists on the first voyages to Hawaiʻi returned with their drawings are less reliable as the printmakers have been known to take artistic license by adding designs.

There is a short bibliography titled "Hawaiian Tatoos" (sic) and dated 1986 by Tennye Kohatsu in the Hawaiian Collection at the University of Hawaii's Hamilton Library. It focuses on several of the primary source materials by the early voyagers as well as the books available at the time. This bibliography incorporates most of those sources and is expanded to cover numerous publications and other formats which have been published since. Due to the comprehensive nature of Professor Tricia Allen's research in Tattoo Traditions of Hawaiʻi and that of Kenneth Emory in his "Hawaiian Tattooing" article which appeared in the Occasional Papers of Bishop Museum, many of the sources in their bibliographies are repeated in the following sections.

A list of illustrations does not appear as a section since early prints are well covered in Tricia Allen's book and John McLaughlin's manuscript of pictures in the Bishop Museum collection. Newspaper articles, videos, and websites are included to provide information on contemporary artists, especially Hawaii's best known cultural practitioner, Keone Nunes, who is not well represented in other print media.

Primary sources are the surest way to obtain original information or descriptions direct from the individual. Secondary sources build upon the documentary evidence and interpret or evaluate materials. Unpublished works listed in this guide are important mainly for students and authors who wish to study the topic, yet avoid repeating research that has already been undertaken. The exception to this is John McLaughlin's paper which is an outstanding compilation of early artwork with Hawaiian tattoo designs in the Bishop Museum collection. The section titled Artists is included for individuals to identify or locate a 21st century practitioner of traditional Hawaiian tattoo designs. Nearly a lost art, traditional tattooing is experiencing a revitalization in Hawaiʻi which began in the early 1990's. 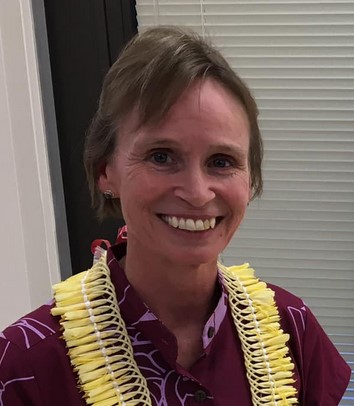 Mahalo to Stu Dawrs at the University of Hawaii's Pacific Collection for the idea to create this guide; to Denise Miyahana with the Hawaii State Foundation on Culture and the Arts for investigating and confirming that nobody has received a folk art apprenticeship award in kakau uhi; to Barbara Dunn at the Hawaiian Historical Society for research assistance; and to all the staff at the Hawaiian and Pacific Collections for assistance in locating and retrieving these sources. This guide was created in 2012; to suggest additional sources, please send an email.