This guide provides access to freely available online resources, and is intended for students and instructors of Pacific Islands Studies and related fields.

Gender in the Pacific 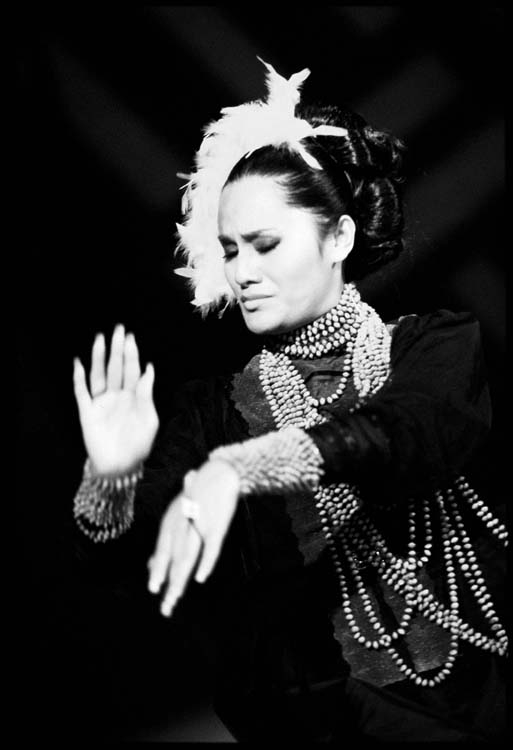 All material on this page was curated by Eleanor Kleiber and D. Keali'i Mackenzie, and is derived from a much more comprehensive online guide, Gender Identity and Sexual Identity in the Pacific and Hawai'i. Contact information for Eleanor and Keali'i can also be found on the Gender Identity site.

Selected Online Resources (click on tabs below to expand)

There are diverse and constantly shifting expressions of gender identity and sexual identity in the Pacific island region.  Identity expressions that would be defined as homosexual or transgendered using western vocabulary often fulfilled important and well-established cultural or ritual functions within various parts of the Pacific. Contact with Europeans and the subsequent colonization of the region often resulted in rejection or suppression of these identities.  More recently these identities are being reclaimed and redefined, responding to both traditional and external influences and expectations.

Much of what exists on these topics has been written by historians, anthropologists, and ethnographers not from the region. While these observations are invaluable, we are lucky to be in a time when Queer Pacific People have begun to tell their own stories and histories.

This library guide serves as a launching point for researchers, artists, writers, scholars, and students interested in gender identity and sexual identity in the Pacific island region. Of particular interest are some of the terms for alternative genders and sexual expression. The Hawaiian and Pacific collections provide access to books, magazines, journals, newspapers, music, film, as well as rare and archival materials. The librarians in the Hawaiian and Pacific collections can offer search strategies as well as connect you to other resources for research purposes.

Aikāne (Hawaiʻi) - in Native Hawaiian culture an aikane was an intimate same-sex friend of a chief. This person often, though not always, had a sexual relationship with the chief as well.

Akavaʻine (Cook Islands) - in Cook Islands Māori this word referes to an individual, usually male, who "behaves like a woman". May refere to a third-gender and may be similar to transgerder women (male to female).

Faafatama (Samoa) - contemporary Samoan word for a woman who identifies as a lesbian.

Fafafine (Niue) - in Niuean culture a third-gendered individual. May be born biologically male and embody both male and female gender traits.

Fakaleiti / Fakeleti / Fakalati / Fakafefine (Tonga) - in Tongan culture a male who behaves in the manner of a woman. May also be considered a third gender. Similar to mahu, faʻafafine, and raerae.

Māhū (Hawaiʻi) - in Native Hawaiian culture this refers to an individual who may be considered third-gendered with characteristics of both sexes, usually a male to female. In contemporary Hawaiʻi the word is also used to describe people who are transgender, transvestites, or gay.

Māhūkāne (Hawaiʻi) - a wahine who lives the life of a kāne, mentally and/or physically.

Moe aikāne (Hawaiʻi) - an individual who slept with another individual, both of the same sex or gender.

Pinapinaaine / Binabinaaine (Tuvalu and Kiribati) - a man who might regard himself as, or be regarded by others as, a woman.

Raerae / Māhū / Māhūvahine  (Tahiti) - in Tahiti this refers to an individual who is male but identifies and lives as a female. Perhaps considered a third gender.

Takātapui (Maori)  - a devoted partner of the same sex, in contemporary Aotearoa it has become an umbrella term for Maori LGBTI people.

Vaka sa lewa lewa (Fiji) - in Fijian culture this referes  men who may present themselves, or live their lives as, women. May also be considered a third-gender similar to transgender women (female-to-male).

Whakawahine (Maori) - a term used to describe men who live as women either through sex reasignement sugery, hormone therapy, or even men who are born effeminite. May also be considered a third gender very much like faʻfafine, fakaleti, and māhū.

Wininmvan (Chuuk) - a word for homosexual.

Bisexual - a term used for individuals who are sexually or romantically attracted to people of either sex.

Gay - a noun, particularly in Western culture, which is a synonym for a homosexual.  While it can refer to all homosexual people it is most often used for bi or gay men.

Intersex - refers to atypical combinations of physical features that usually distinguish female from male.  This is usually understood to be instances where biological anomalies are present, such as diversion from typical XX female or XY male presentations, genital ambiguity, and sex developmental differences.  An intersex individual may have giological characteristics of both male and female sexes.

Lesbian - a term used in Western cultures to describe a woman who is romantically and/or sexually attracted to other women.

Queer - originally an anti-gay epithet, it has been reclaimed as a pan-LGBT term to encompass all sexual and gender minorities.

Third Gender - describes individuals who are categorized (by their choice, social consensus, or against their will) as neither man or waman, as well as the social category present in those societies who recognize three or more genders.

Transexual - an individual's identification with a gender inconsistent or not culturally associated with their assigned sex.

Transgender - often regarded as an expression of ones gender identity that does not necessarily conform to dominant cultural norms on gender. For example, a man who identifies and expresses gender as a woman. Trans people may be heterosexual, bisexual, or homosexual.

Transvestite - an individual who dresses in the clothing associated with the opposite sex. Does not nessicarily identify as trans or homosexual.

Drodrolagi is the Fijian word for rainbow and rainbow is a symbol for diversity and pride. droMo is a group that accepts and celebrates diversity in all forms, whether it is in race, colour, religion, interests, sexual orientation and gender identity. In acknowledging our diversity as people of the South Pacific we also acknowledge the often marginalised groups who face stigma, bullying, ridiculing, violence and discrimination on the grounds of their sexual orientation and gender identity.

Kuli Na Mamo strives to improve the quality of life for "mahuwahine", and other transgender people living in the Hawaiian Islands, with a special emphasis on those who are disadvantaged people of color, through providing services in the areas of health, education, cultural, and other assistance.

The PSDN is a regional network of Pacific MSM and Transgender organisations whose mission is to strengthen community leadership, mobilisation and advocacy in the areas of sexuality and gender identities with respect to sexual health including STIs and HIV and AIDS, well being and Human Rights.

A non-profit incorporated society set up to promote the rights & interests of fafafines and faafatamas in Samoa.

In 2010 the American Samoa Island Queens Association and the American 7s Association merged to become the Society of Fa’afafine in American Samoa (SOFIAS).  “A name change was also summoned so to align the association with the new union and also with the current trend within the region - whereby, indigenous people be proud of their cultural identity and for us - we are fa'afafine Samoa.”

Te Tiare Assocation is the only group set up to work for and on behalf of Gay, MSM, Transgender and Akavaine here in the Cook Islands.

The Tonga Leitis’ Association (TLA) was established in 1992 with a focus of improving the rights, and celebrating the contribution, of Leitis in Tonga.

U.T.O.P.I.A. originated in San Francisco, California in March 1998. The organization was formed to provide support to the Polynesian Gay, Lesbian, Bisexual, andTransgender community. Originally, the group identified themselves as GPAC (Gay Polynesians Alliance/California). In February 1999, the name was changed to UTOPIA. The new name was better suited to represent the diversity of the club. UTOPIA has been a support organization for GLBT Polynesians and friends consisting of members from Samoa, Tonga, Hawaii, Tahiti and Fiji. UTOPIA hopes to strengthen its alliance by recruiting members from all of Polynesia and South Pacific.

With the help of the Life Foundation, we are trying to address the current trend of rising HIV infections in our Pacific Islander community, as well as supporting those who have already been affected by the disease. U.T.O.P.I.A. Hawai‘i also specializes in holding events.

A social LGBT group for our Pacific Islander families, friends and supporters. We are of many colors and embrace many different cultures that make up the diversity of San Francisco.

Our organization is a city-based charitable association of volunteer members who are working against the plight of discrimination towards people with different sexual preferences.

Video on Gender and Sexual Identity in the Pacific: The emphasis in these videos is on Polynesian peoples.

Coming Out & Overcoming - A Visit With Hinaleimoana Wong

An interview with Mahu educator Hinaleimoana Wong, on Voices of Truth

Clip from the documentary Ke Kulana He Mahu: Remembering a Sense of Place

From the New Zealand based Polynesian show, Poly Fresh TV

A dance group of Faafafine and Akavaine dancers. Video from New Zealand based show Tangata Pasifika.

From the now defunct show by the same name the web site says it was "world's first indigenous gay, lesbian and transgender series." All three episodes are on-line

From the travel site called the Travel Tart

What is a Fa’afafine?

From Journeyman Pictures, a video encyclopedia of the world.

Articles listed below are arranged geographically; all are freely available online. For a selected list of articles that are available either in print or via access to paid databases, see Kleiber and MacKenzie's Gender Identity and Sexual Identity in the Pacific and Hawai'i.

The Pacific at Large