Endnote [$50 for program from ITS] | Guide to Using Endnote

Endnote is an application that imports citations from your searches in web databases and helps you organize your references. It works with Microsoft Word helping you create in-text citations, footnotes, and bibliographies.

EndNote Basic (formerly EndNote Web) is an online program that helps you organize references and create properly formatted bibliographies. This is a separate program from the desktop version of EndNote. It is a free version of EndNote available for institutions which subscribe to ISI Databases, like Web of Science.

Zotero is a plug-in from Mozilla that you use with the Firefox browser. Simply download the plug-in, activate the Zotero application by clicking on the Zotero icon in your browser. You can now capture citations into a library held on your hard drive or on a flash drive. Zotero works with Word and OpenOffice after you have downloaded the plug-ins. 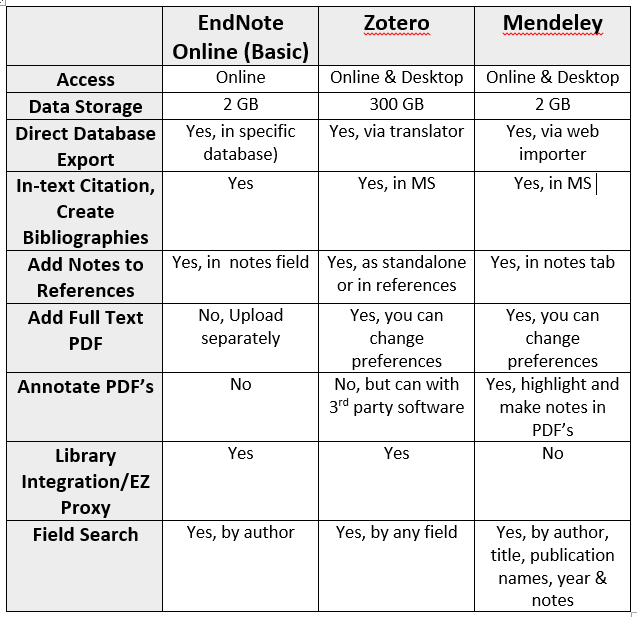 Citing the work that supports your research is both an ethical issue and a legal issue.

The ethics of citing is based on the scholarly tradition of giving credit for information and ideas that are not one's own. Science has a long tradition of acknowledging priority through citations. You have the ethical responsibility to cite all works that were used to support your research, to give credit to the earlier work and to provide a clear path for those who follow in your footsteps.

As so eloquently expressed by Isaac Newton in a letter to Robert Hooke in 1675 (Merton 1965):

If I have seen further it is by standing on ye sholders of Giants.

The legal issues of citing one's sources are codified in Copyrights, Title 17 of the U.S. Code, which describes the legal protections of authors' and creators' intellectual property rights.