Overview of the publications of federal boards, commissions, and other bodies in the Government Documents Collection.

Federal register notices related to the seizure and disposal of alien property may be found using the resources described in the Office of the Federal Register guide. 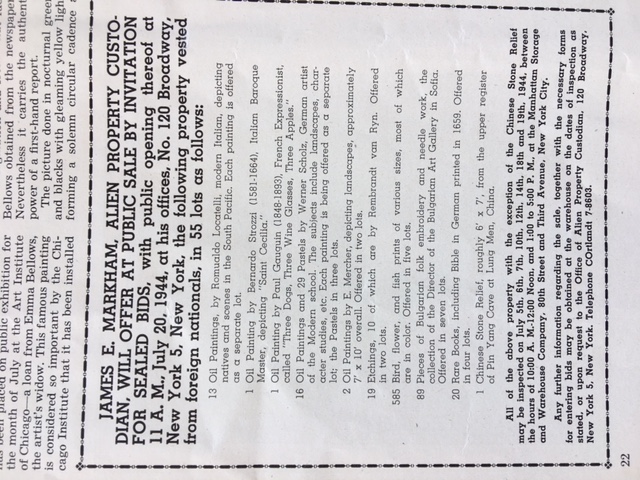