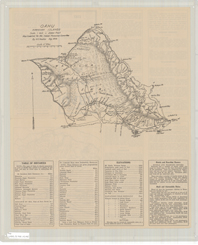 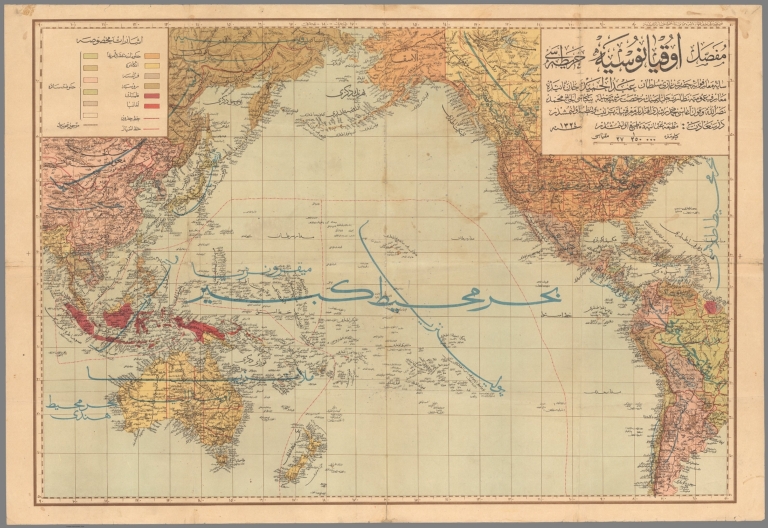 Primary source documents come in many forms, and over time, they can sometimes take on uses and meanings that are different from their original purpose. Maps are a prime example: Often created for a very specific purpose, with the passage of time, they can be used to "read" the history of a specific era. For example, the above map, created in Istanbul in 1908, is color-coded to show colonial control of the Pacific (and the world) by the United States, France, Great Britain, Russia, Germany and the Netherlands. Though the writing on the map is not accessible to those who don't read the Ottoman language, the map nonetheless shows the growing interest of the Ottoman empire in the Pacific following the Russo-Japanese War of 1904-1905. (This information and more about this map can be found here.) The map to the left of this screen illustrates efforts to promote tourism in Hawai'i during the territorial era (1900-1959); the map at right was produced in Rome in 1859, and documents the presence of the Catholic Church in Micronesia and Polynesia. 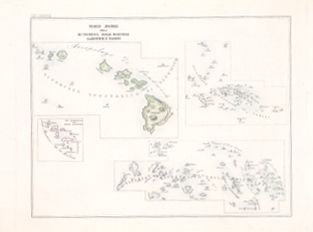