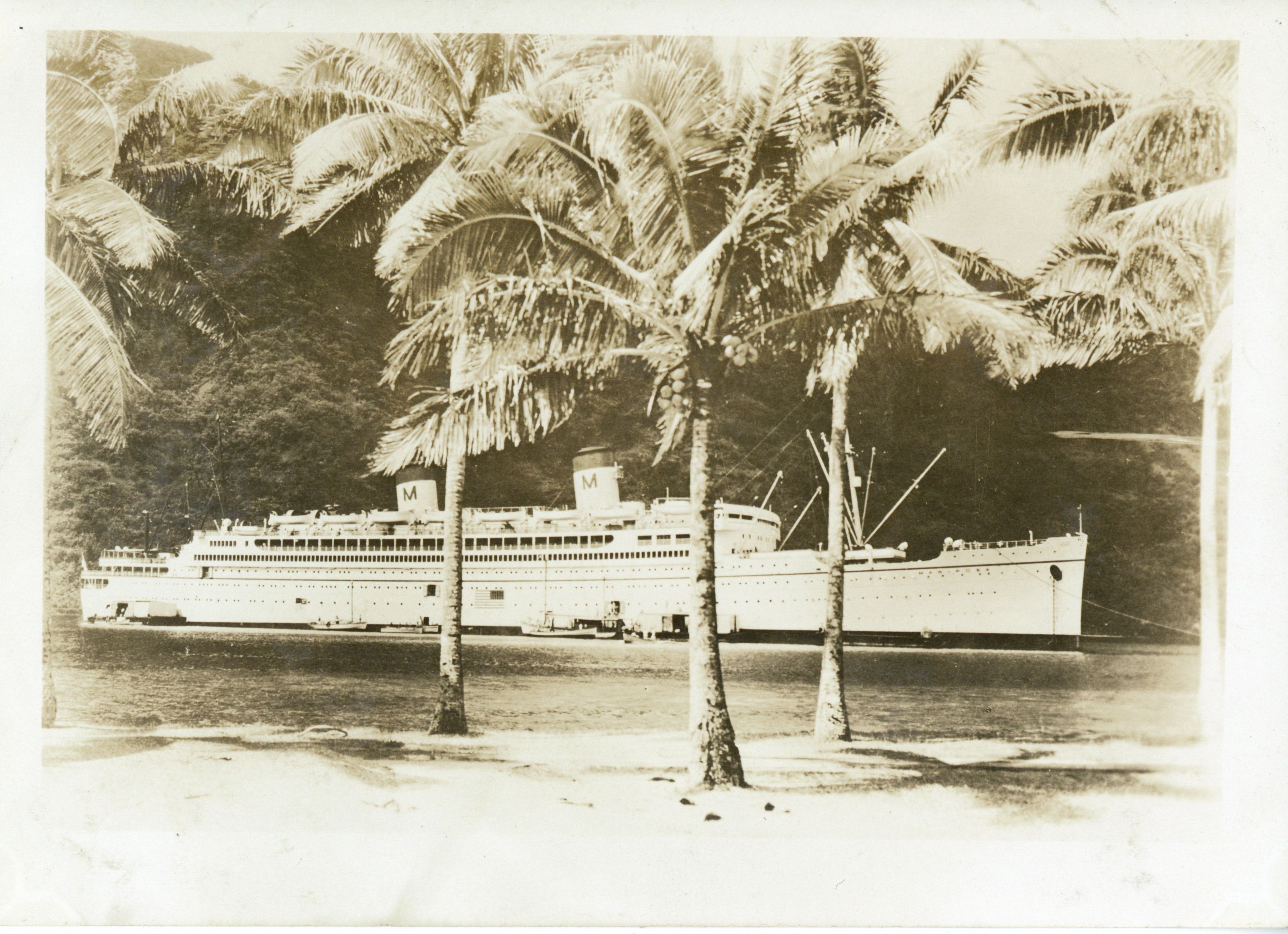 See the caption by Kaizawa: SKalb2-001 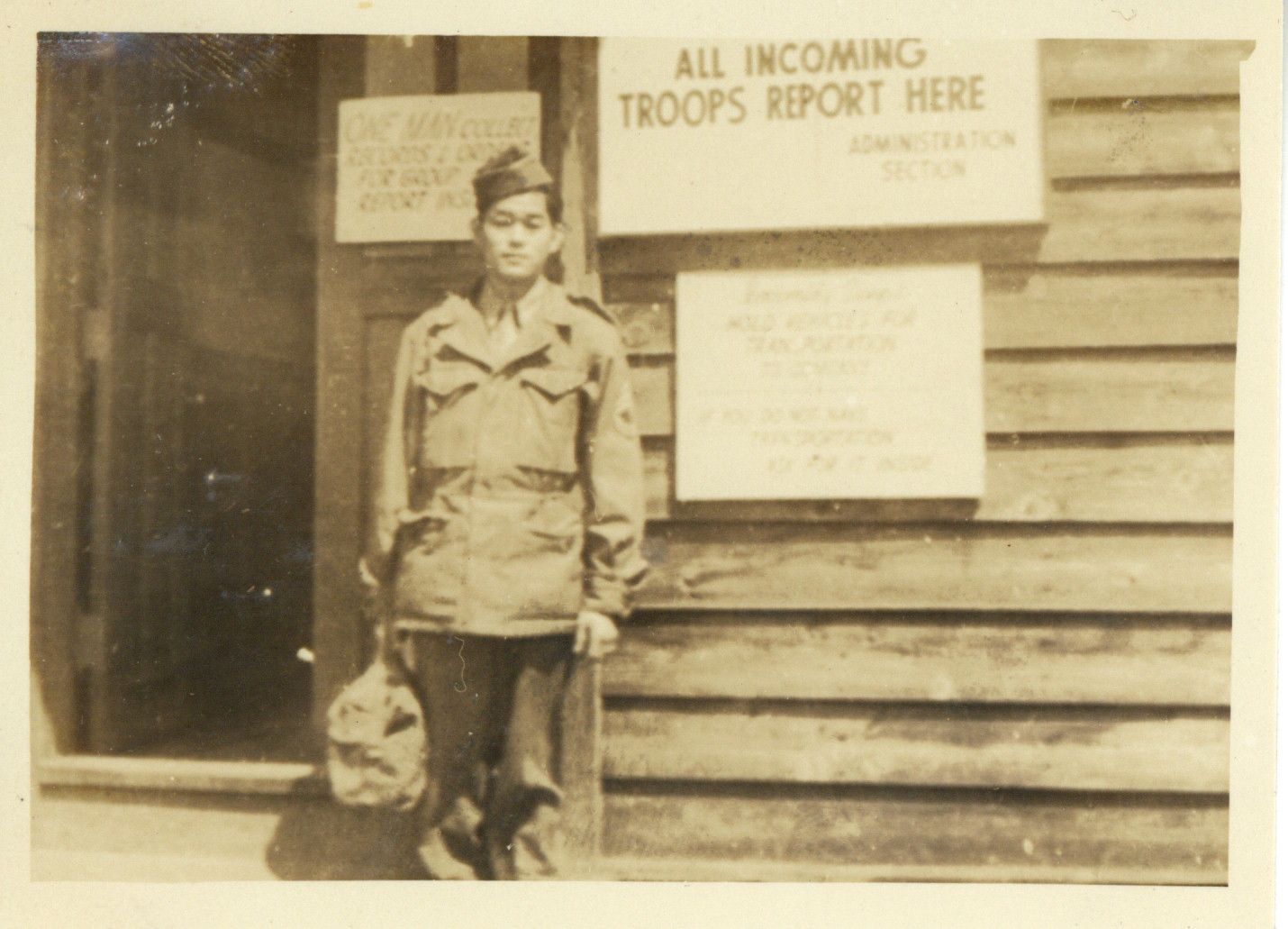 What did the CCD do?

The censorship regulation states, in part, “We are not going to tell you (Japanese theater people) what to present; however, it is hoped that the theater will do a great extent break away from the past and live with the people in the future….You can make a significant contribution toward building a free democratic Japan. It is up to you, you are the artists and artists live best in a free democratic nation.” According to Dr. Brandon’s Myth and Reality: A story of kabuki during American censorship, 1945-1949 (p. 12, in Asian Theatre Journal, vo. 23, no. 1, spring 2006), the practice is described as follows:

The censor placed a “PC (passed censorship)” Stamp on the title page of a passed script. Notations if any such as “deletion of a word of samurai, revenge, loyalty, etc.” were written on the page. Example 1 "Bancho Sarayashiki"  : Example 2 "Hikosan Gongen" : Example 3 "Sannin Katawa"

Life of Censors during and after the Occupation of Japan

Stanley Kaizawa joined the CCD Theatrical Sub-Section along with other Military Intelligence Service Language School (MISL) graduates (See MIS Language School Transfer List 1945) that included nisei enlisted men and caucasian officers (Nisei were prohibited from serving as officers at that time). He closely worked with Earle Ernst from December 1945 - May 1947. 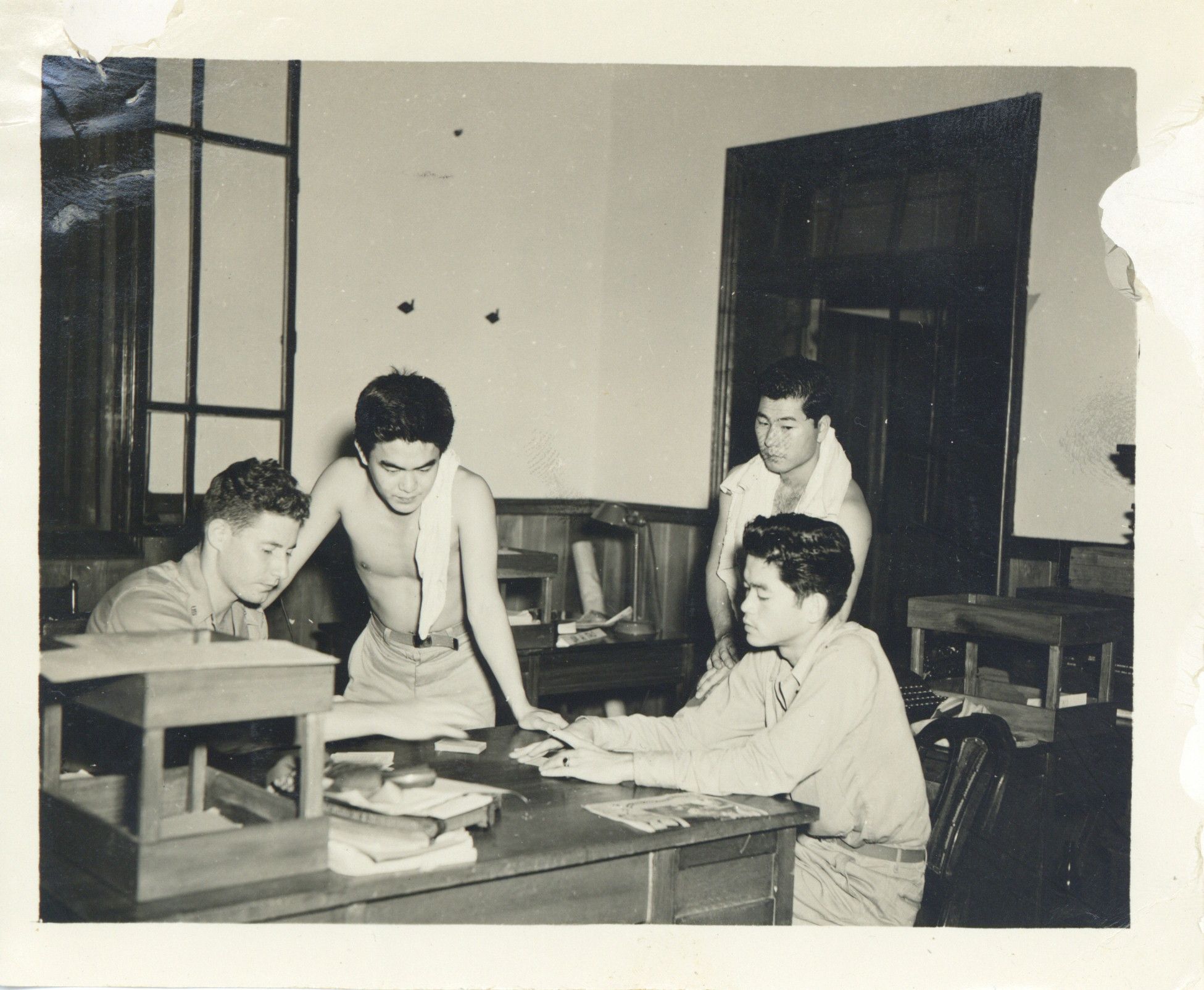 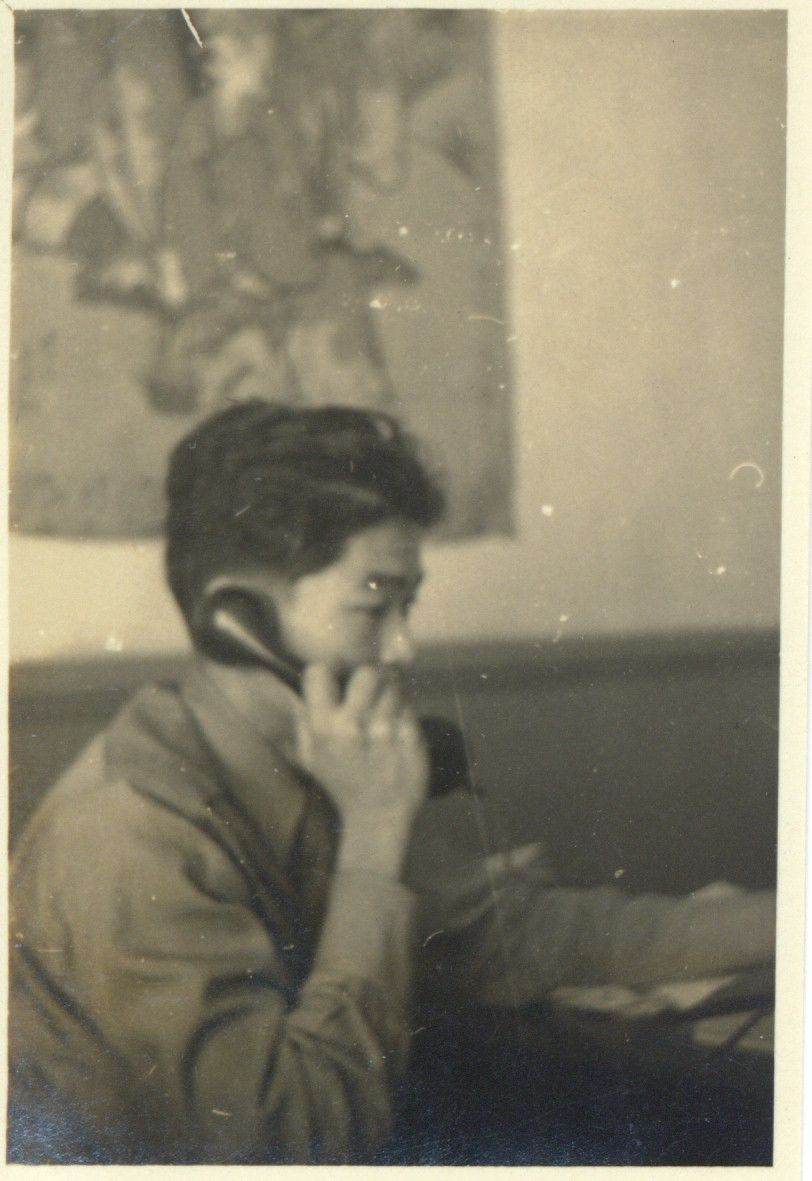 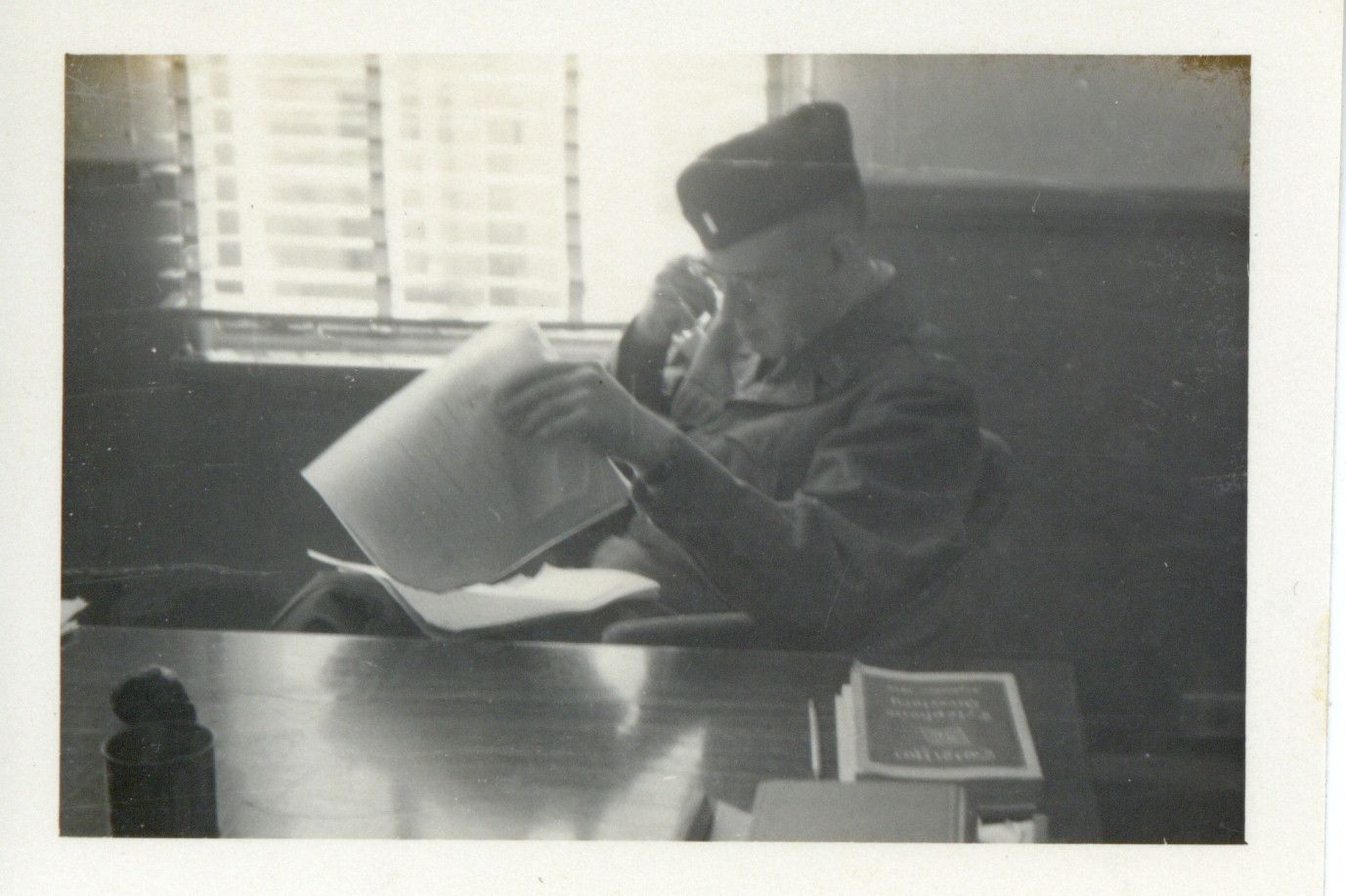 The CCD censors went to see many kabuki plays and stage performances together (See permissions).

The CCD members routinely traveled as a group to cities throughout Japan to explain censorship policies and procedures to local producers, troupe heads, and theatre owners (See travel orders). 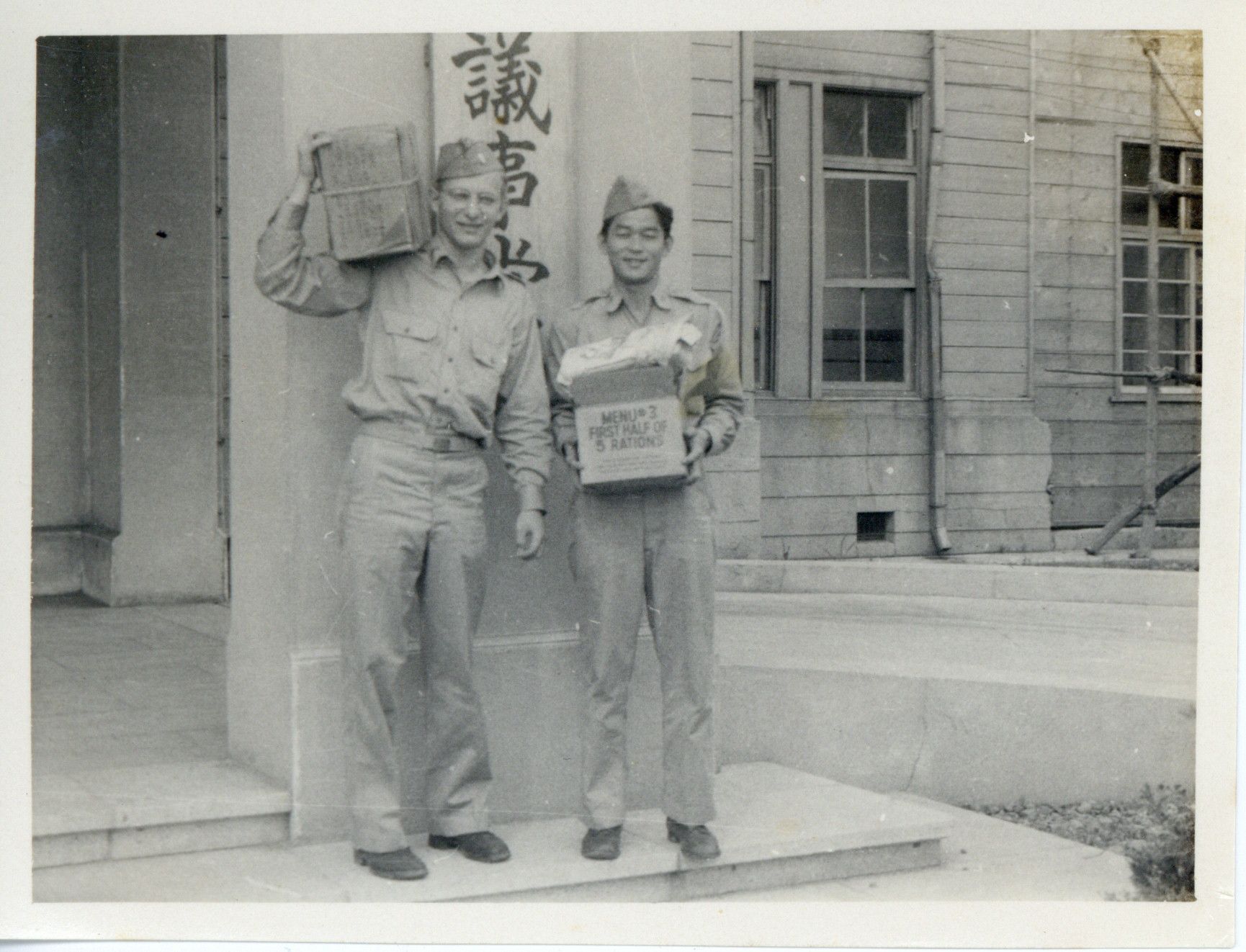 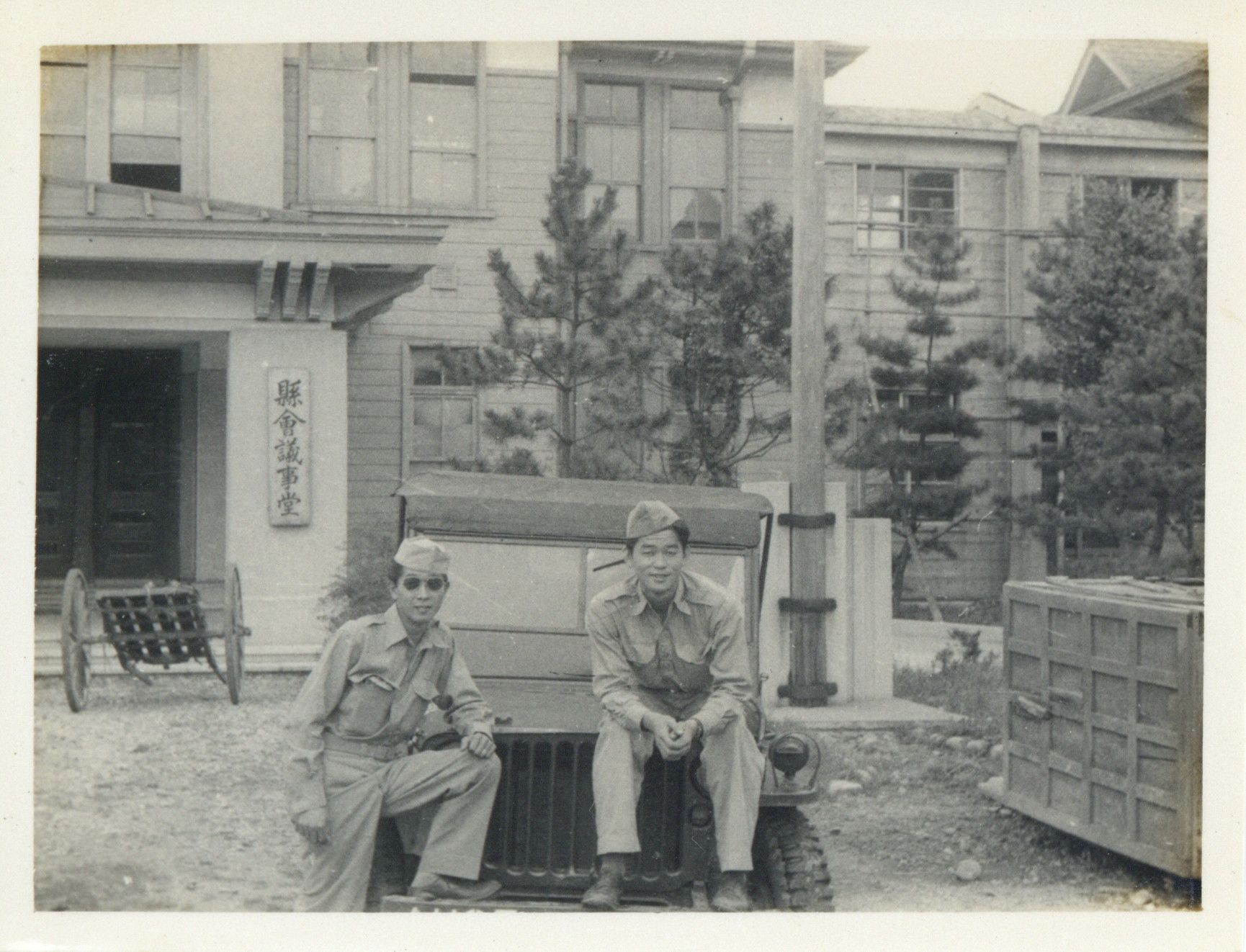 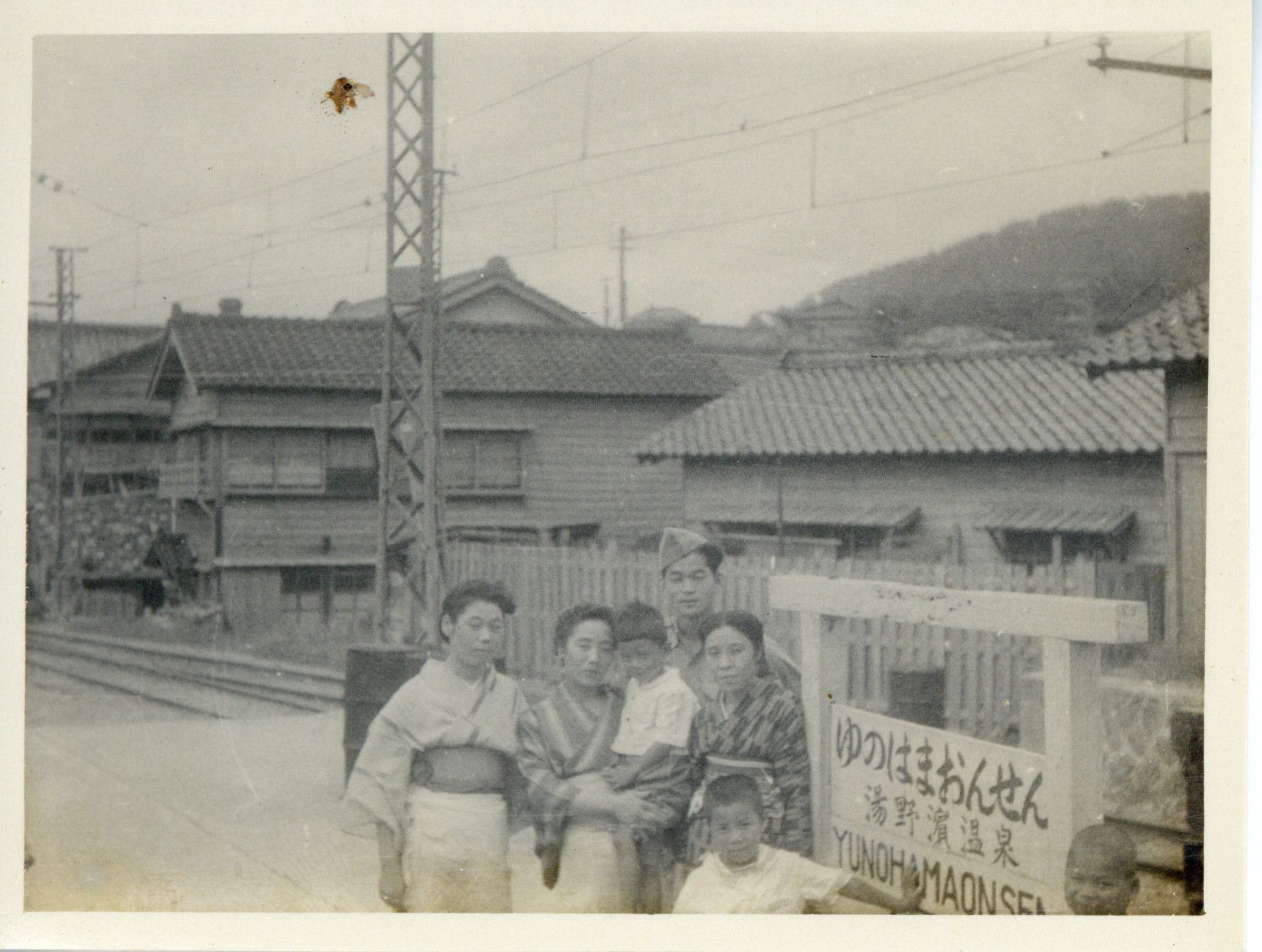 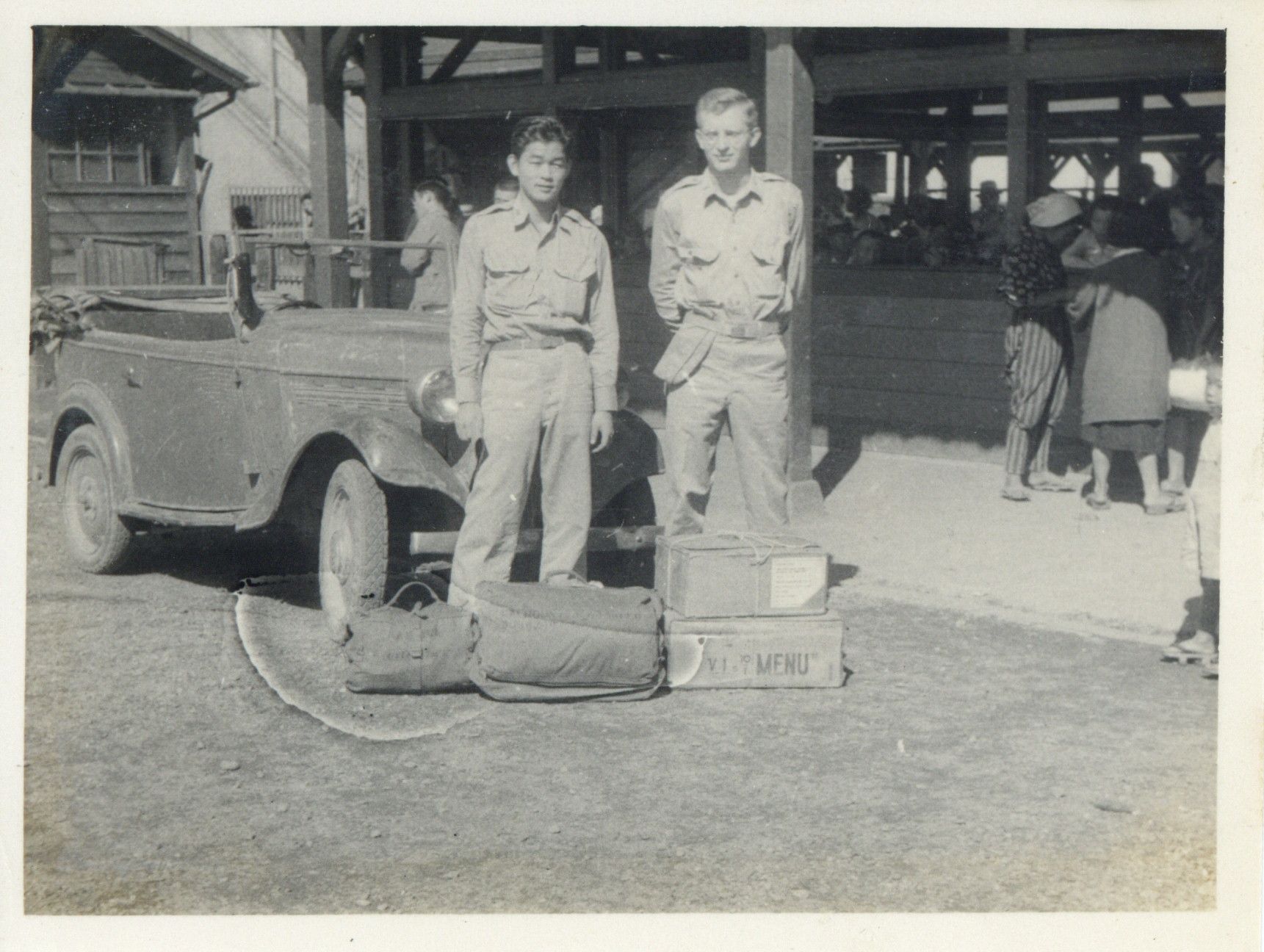 Interestingly, several of the censors befriended famous Kabuki actors who presented them with a variety of kabuki photographs. Stanley Kaizawa’s albums are filled with photos of kabuki actors, performances, and memorabilia from that era. 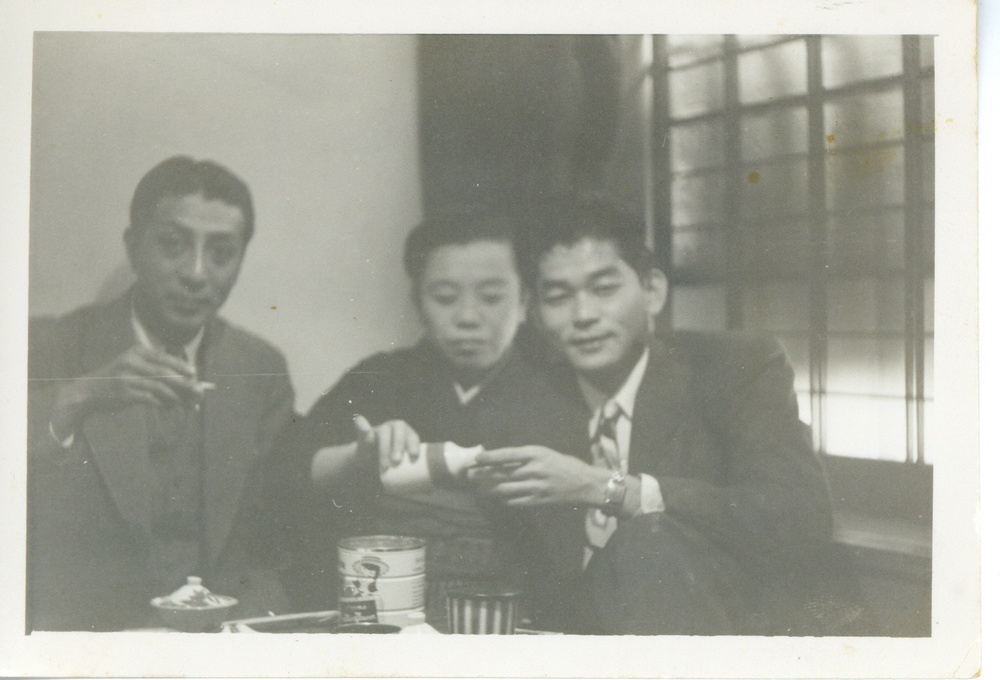 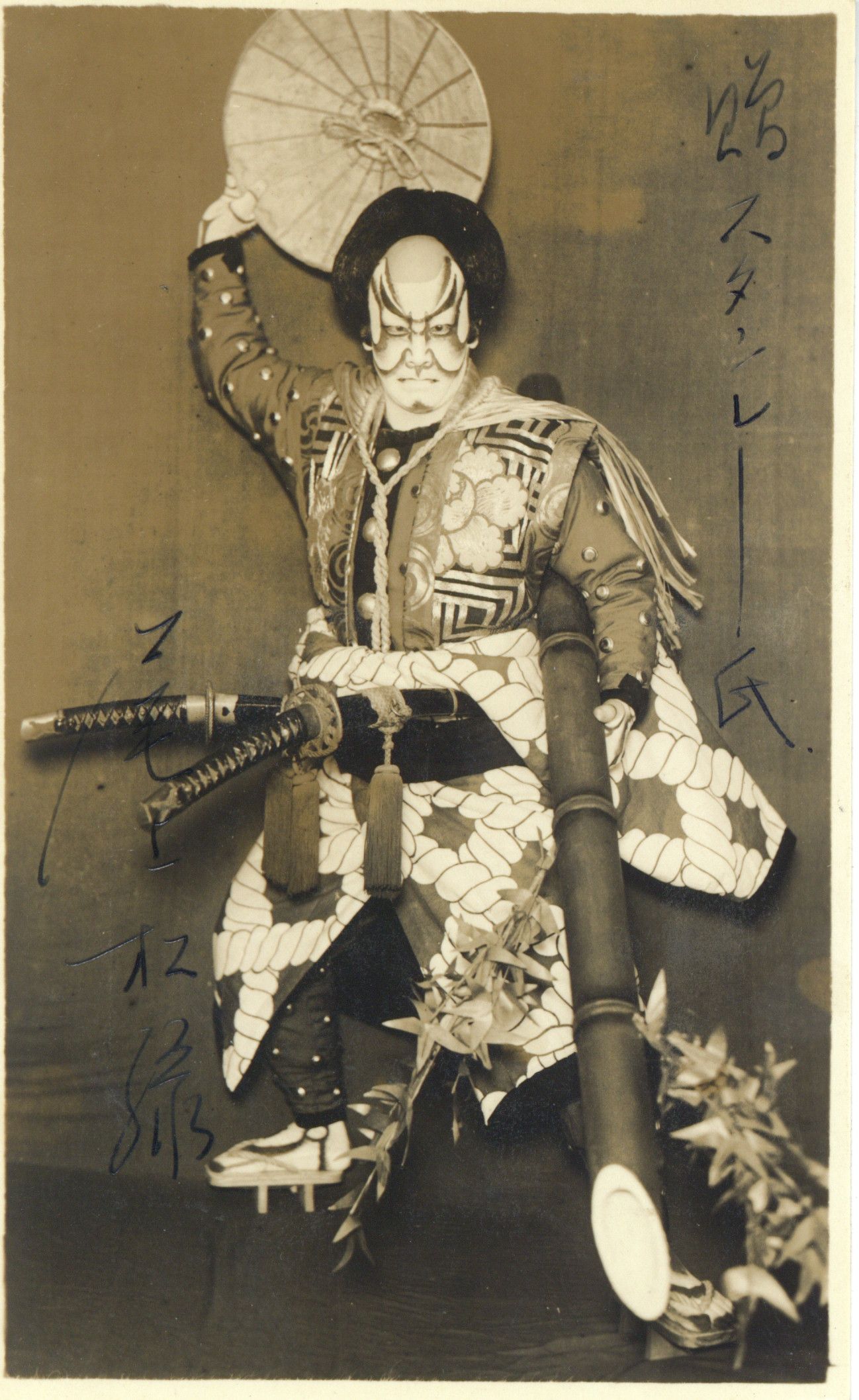 Some of the censors became serious fans of kabuki and later obtained advanced education and promoted kabuki either as educators, play critics, or simply as admirers of kabuki. Stanley Kaizawa returned to Japan after the Occupation and took “kouta 小唄 lessons (Japanese traditional ballad accompanied on the samisen) (see his own writing of “Gion kouta”), and learned some kabuki kata (forms). Dr. Earle Ernst directed kabuki at the University of Hawai‘i and founded the UHM Asian Theatre Program (Earle Ernst Papers is at the UHM Library’s Archives & Manuscripts). 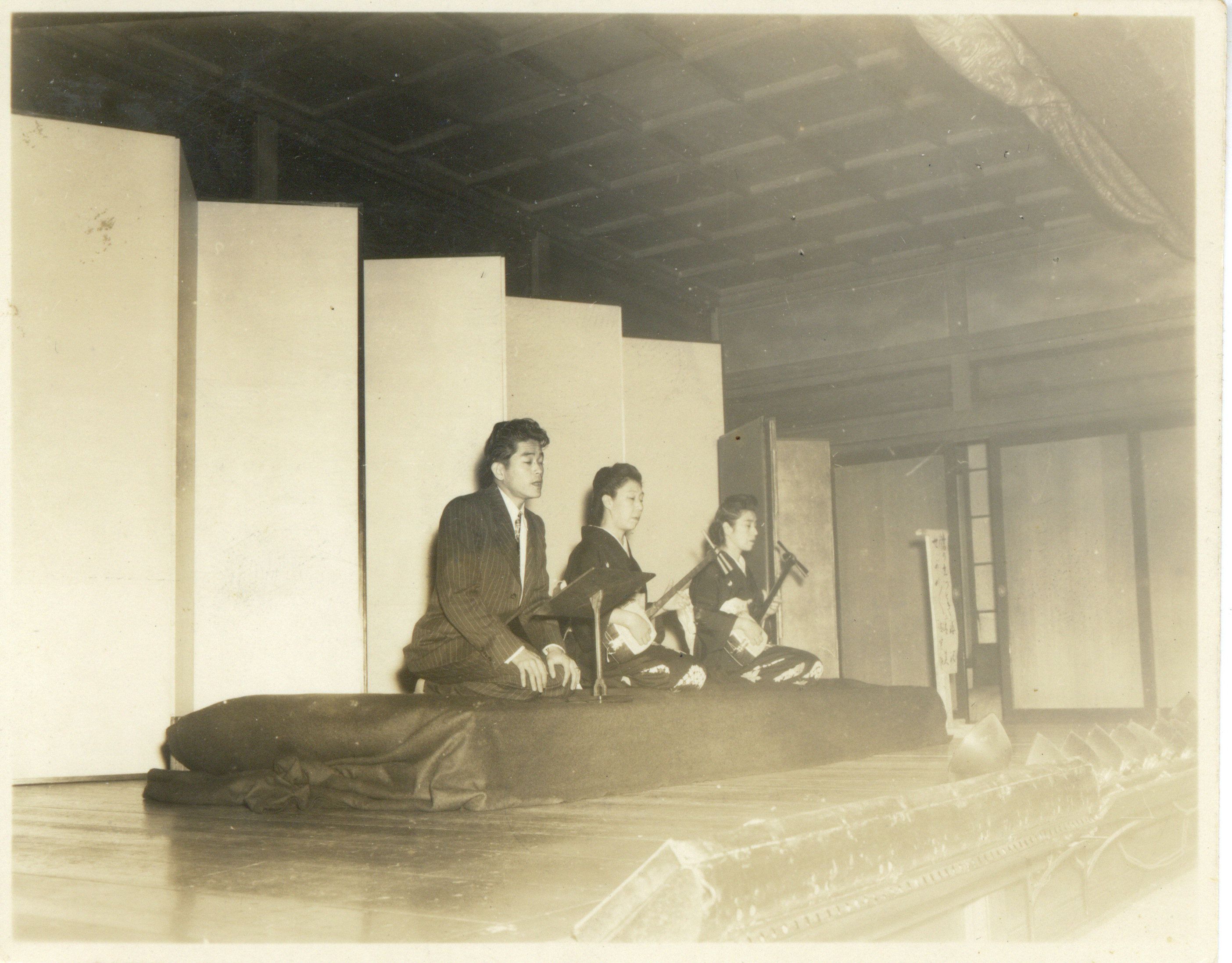