About the Stanley Kaizawa Collection 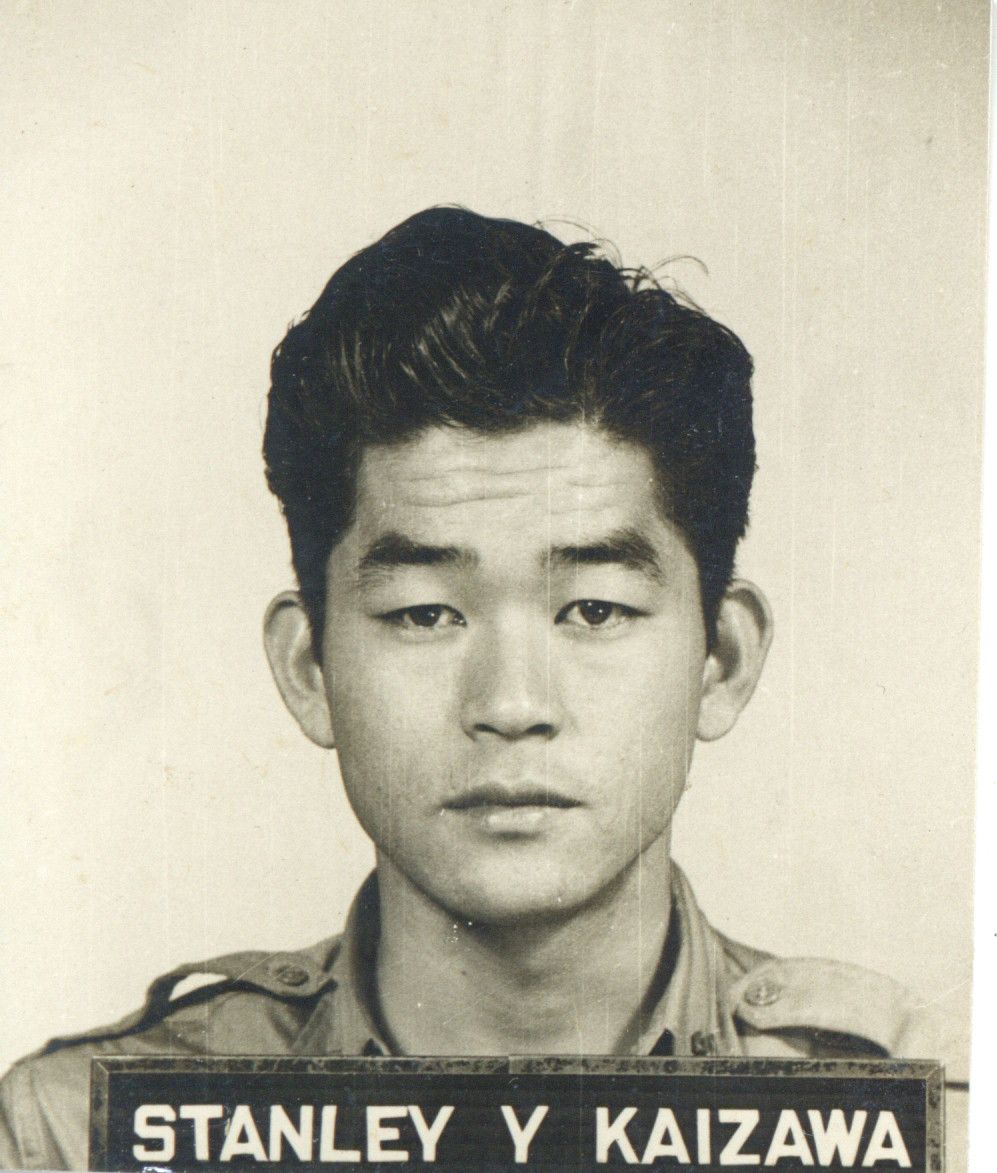 Stanley Y. Kaizawa was a second generation (Nisei) born in Pahoa, Hawai‘i in 1921 to Matsunosuke and Hamako Kaizawa (海澤in Kanji) who had immigrated from Hiroshima, Japan.

While attending Hilo High School, he served as the student body president and editor-in-chief of the school paper in his senior year and graduated with honors in 1938. Stanley moved to Honolulu to attend the University of Hawai‘i at Mānoa. He enlisted in the Hawai‘i Territorial Guard when the war began after Japan’s attack on Pearl Harbor on December 7, 1941. However, all Japanese-Americans in the Guard were discharged because of their Japanese ethnicity. He graduated from UHM in June 1942 with a Bachelor of Science in Social Science.

Stanley tried to enlist when the first call went out for volunteers to form the 442nd Regimental Combat Team, however, only 2,500 out of 10,000 volunteers were selected. He then volunteered for the Military Intelligence Service (MIS) in December 1943 and was sent to Language School at Camp Savage (See also Takejiro Higa's experience), and to Fort Snelling, Minnesota. Stanley graduated near the top of his class in February 1944 and was sent to the Vint Hill Farm Station (VHFS), Virginia.

VHFS was established in 1942 by the Army’s Signal Intelligence Service and was a vital intelligence-gathering station during the war. Top linguists such as Stanley were assigned to a highly classified project to translate intercepted enemy messages.

After the war ended, Stanley was eligible to be discharged. However, he volunteered to serve with the Allied Occupation Forces in Japan. On September 5, 1945, he received his orders to serve as a member of the highly classified Civil Censorship Detachment (CCD) under General Douglas MacArthur, Supreme Commander of the Allied Powers (SCAP). He was one of 149 Nisei Linguists (See the Transfer order dated 5 September 1945).

Stanley was transported along with 250 U.S. service members on the USS Monterey via Manila, Philippines, and he arrived at Yokohama, Japan (near Tokyo) in early December 1945 (See the photo of the Monterey and Stanley’s caption in his album).

In Tokyo, Stanley worked for CCD’s Theatrical Section, which was organized by then Lt. Earle Ernst. Lt. Ernst later became Professor Ernst who established Kabuki education at the UHM Theatre and Dance Department. Under Earle Ernst, Stanley censored Kabuki play scripts and traveled to many cities in Japan, along with his fellow Nisei linguists and censorship officers.

Stanley was discharged from the Army at Camp Zama with the rank of Technical Sergeant in April 1946 and became an Army Civilian Employee for the CCD until it was dissolved in November 1949. Stanley was the longest-serving member in the CCD Theatrical Section. Later, Stanley returned to Japan and studied Kabuki. He became an expert on Kabuki and maintained friendships with many famous Kabuki actors until his death in 2007.