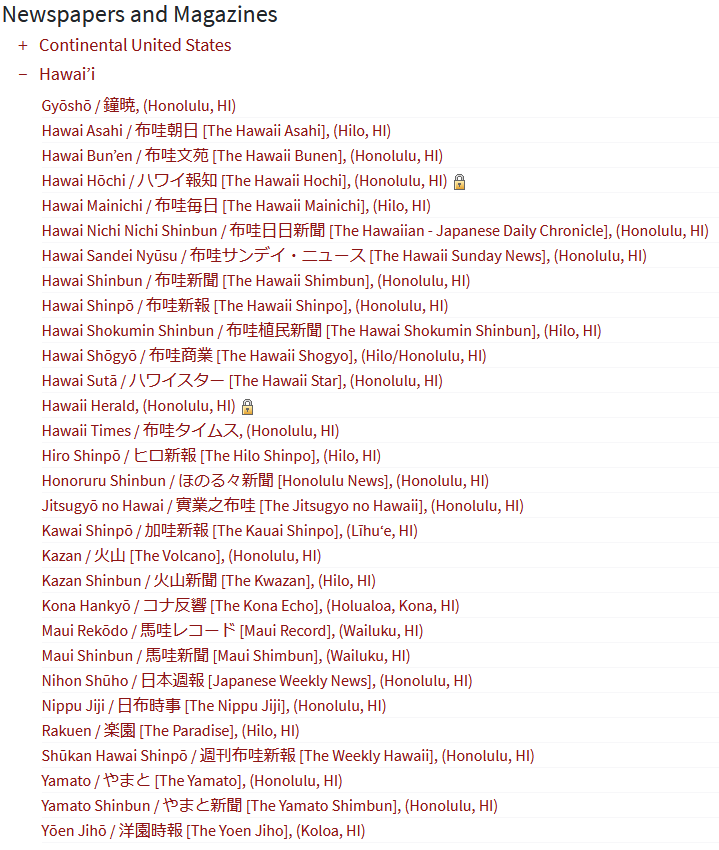 Samples of Hoji Shinbun in Hawaii

The Nippu Jiji was one of the two major Japanese newspapers in Hawaii (the other is Hawaii Hōchi) with a wide readership among Japanese migrant workers. The Nippu Jiji played a pivotal role in social movements in Hawaii's Japanese community. It was initially published as the Yamato (1895–96), later as Yamato Shinbun (1896–1906) before being renamed the Nippu Jiji (1906–42) under the leadership of Yasutarō Sōga; it later became Hawaii Times (1942–85). An English section was begun in 1919.

The Nippu Jiji continued to publish under US government censorship during WWII after having been temporarily shut down from December 11, 1941 until January 8, 1942. The Nippu Jiji was renamed to the Hawaii Times on November 2, 1942. President Yasutarō Sōga’s son Shigeo became the new president and the editor in chief on December 8, 1942. Although the Hawaii Times closed down in 1985, the Hawaii Times Photo Archives Foundation salvaged the publisher’s photo archives consisting of approximately 25,0000 photographs and related information.