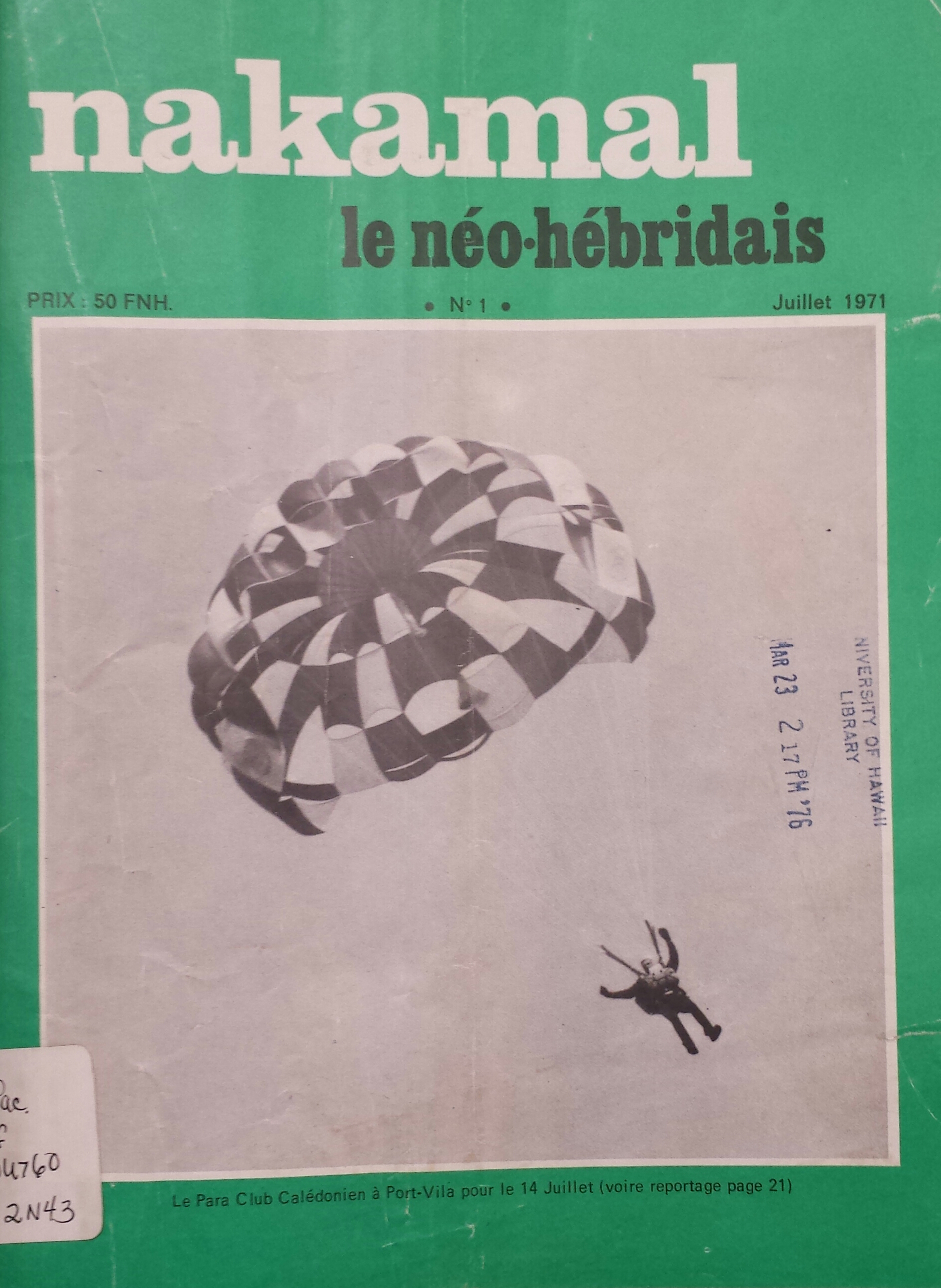 Indigenous Language Newspaper:
As of July 18, 2014 the Pacific collection does not contain any newspapers in any of the indigenous languages of Vanuatu.

Note: There are papers with some Bislama, which is a creole language of Vanuatu. Bislama has been described as a mix of English with a smattering of French and Native languages on top of an Oceanic grammar structure. It is estimated that Vanuatu has over 100 indigenous languages.