IMDb: Most Popular Documentaries from the Philippines

Click the above link for a listing of more than 400 titles. 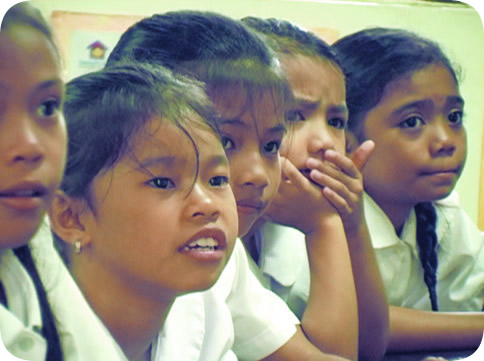 Families of the Philippines
Directed by Arden Films, Inc.; Master Communications, Inc. ; Families of the World. 2011. 30 minutes. In English and Tagalog.

JEEPNEY is a documentary film that visualizes the richly diverse cultural heritage of the Philippines through its boldly decorated and ultimately iconic mass transport vehicle.  Born from the ashes of WWII, the jeepney industry is being rapidly phased out by expanding foreign businesses, tougher green policies, and the impending loss of the original generation of artisans.  Through the personal narratives of its builders, drivers, and passengers, JEEPNEY traces the vehicle’s journey from an object of war to a brazen symbol of the country’s resilient native arts.  Lavishly shot and cut to the rhythm of the streets, and traversing the islands of Luzon, Negros and Palawan, this film provides an enticing, accessible vehicle through which the rippling effects of modern globalization can be pieced together.

The Learning
A co-production of CineDiaz and ITVS in association with The Center for Asian American Media, with funding provided by the Corporation for Public Broadcasting and American Documentary | POV. (90 minutes)

One hundred years ago, American teachers established the English-speaking public school system of the Philippines. Now, in a striking turnabout, American schools are recruiting Filipino teachers. The Learning is the story of four Filipina women who reluctantly leave their families and schools to teach in Baltimore. With their increased salaries, they hope to transform their families’ lives back in their impoverished country. But the women also bring idealistic visions of the teacher’s craft and of life in America, which soon collide with Baltimore’s tough realities.