The Engineer Department was established in 1802 as part of the War Dept. Its name was later changed to the Corps of Engineers when it became part of the Department of Defense. The USACE was originally responsible for construction of coastal defenses, managing aids to navigation, and surveying and mapping. Its mission was later extended to include flood control and construction of military facilities abroad.

Government Documents holds an extensive collection of Army Corps of Engineers publications, including the following titles:

Additional documents covering 1910-1932 are available in the Executive Branch Documents microfiche set. We provide access to Congressional documents and hearings about USACE, its budget, and projects. Please contact a government documents librarian if you have questions about our holdings. We also have a variety of general publications, recruiting pamphlets, and other materials.

The Map Collection has a number of USACE maps of Hawai‘i and the Pacific. 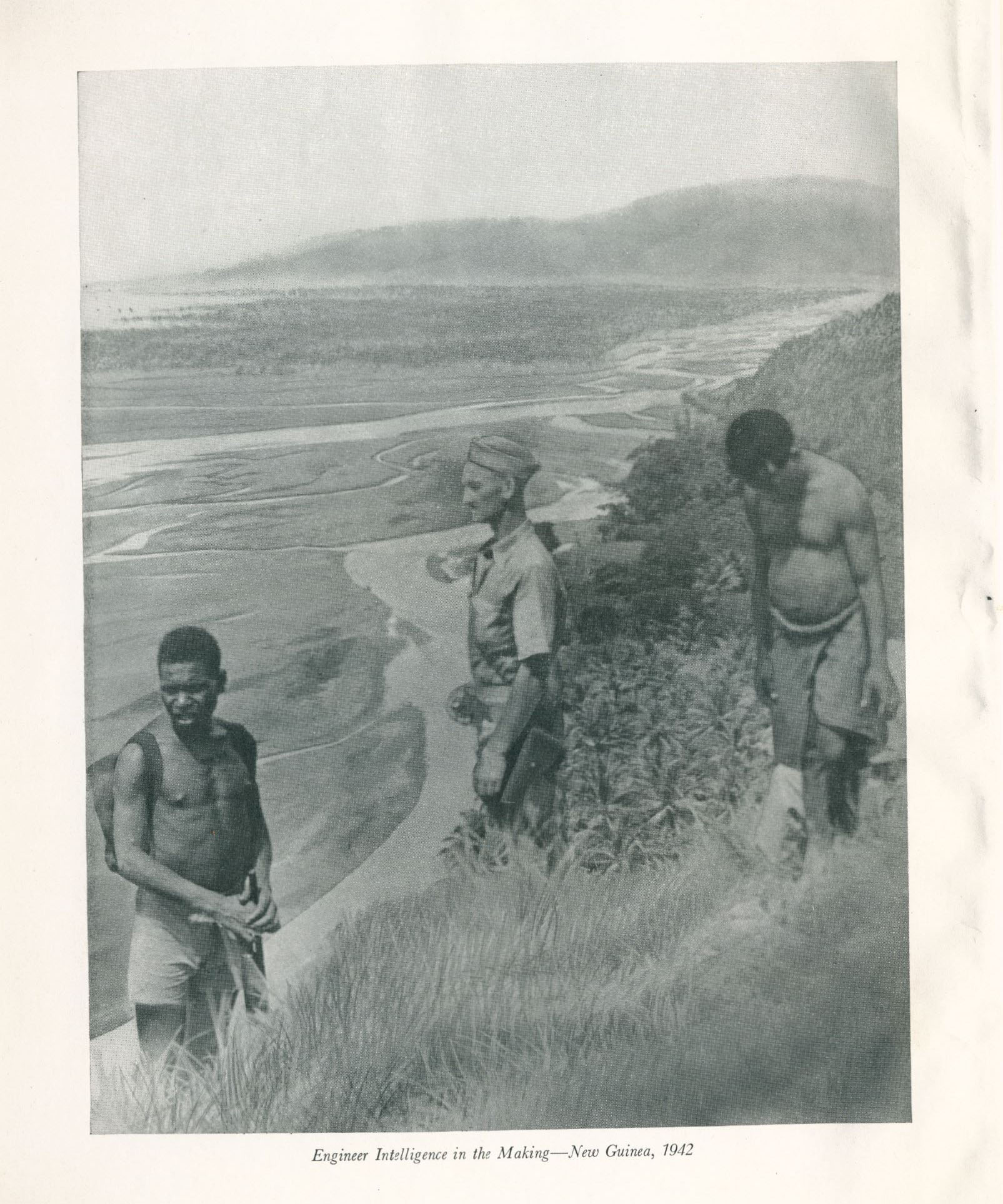 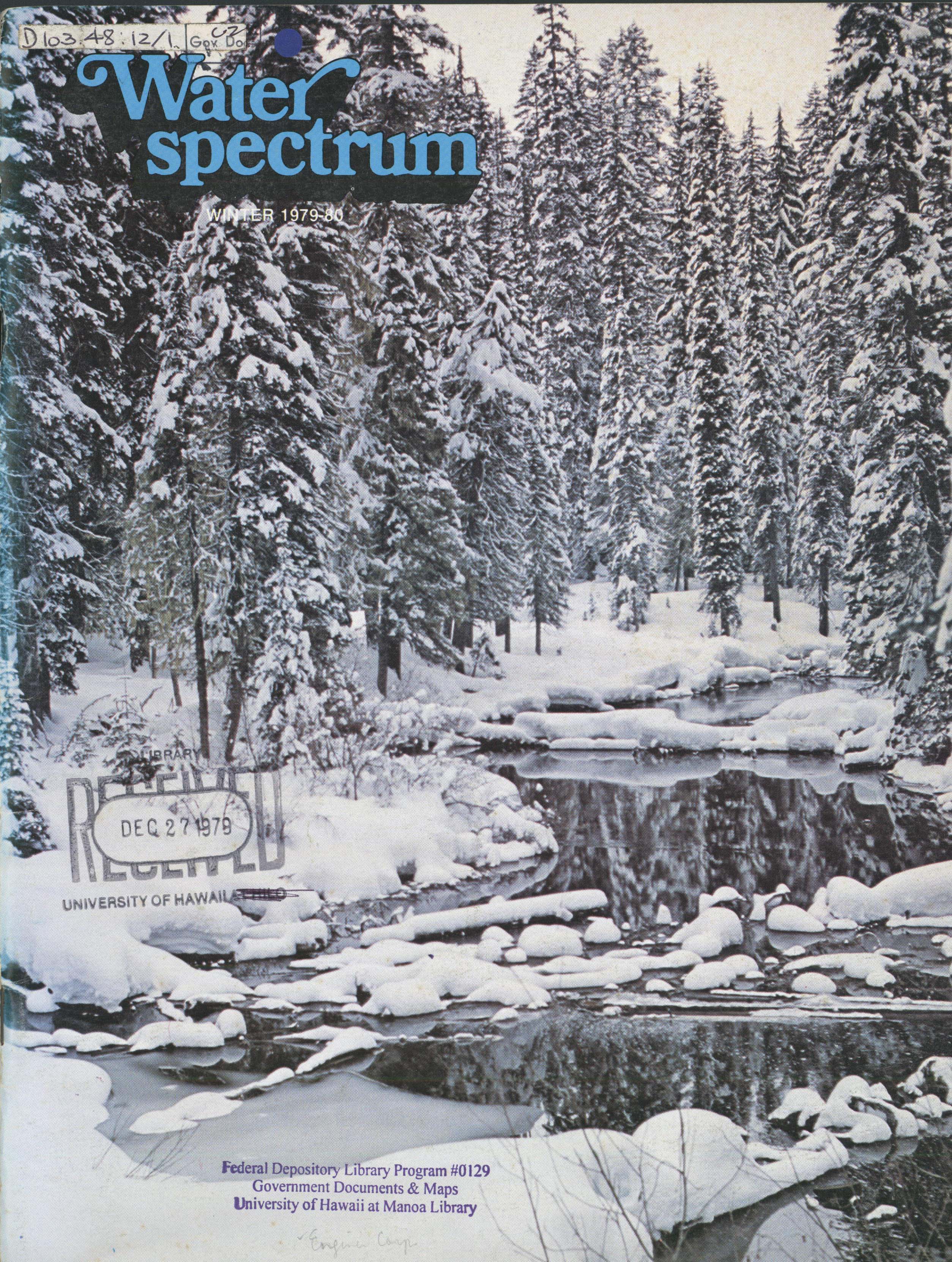 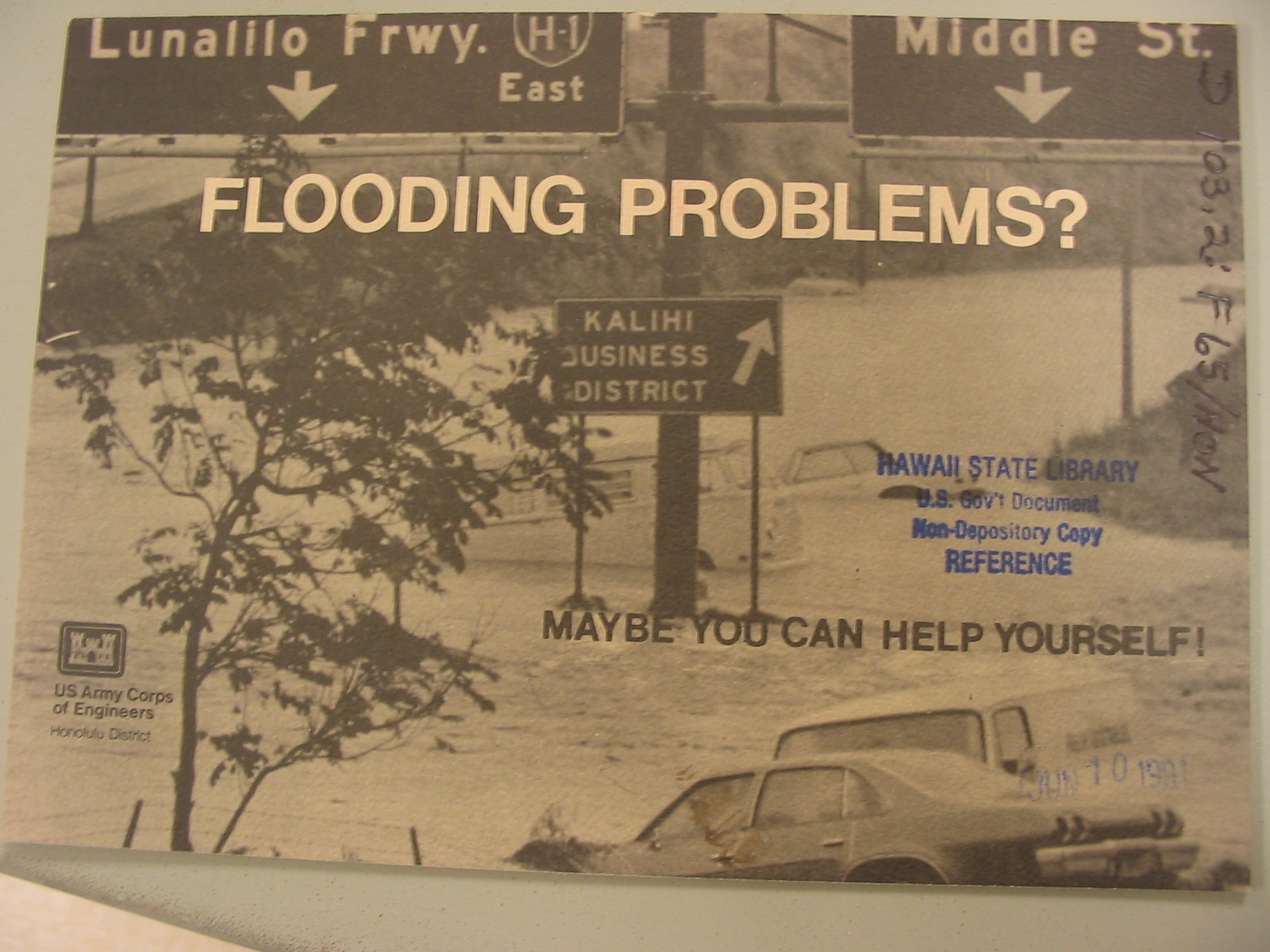 Flooding problems? Maybe you can help yourself!