The United States military has played an often dramatic, always significant role in the history of Hawai'i, following a timeline forward through the government of the Hawaiian Kingdom, and leading up to, and increasing after, the attack on Pearl Harbor by Japan on December 7, 1941. The U.S. military continues to play an important role in many sectors of Hawai'i's economy and culture on several islands and outposts in the Hawaiian chain and the Pacific. The military history of Hawaii is scattered amongst many places, in many different repositories, and can be difficult to uncover. Let this guide assist you in your quest to uncover Hawaii's military history through the libraries, museum and archives located in the State of Hawai'i.

This guide was created by Joy Holland and Katelyn Yoxtheimer for LIS 618 in Fall 2012. It is maintained by librarians in the Government Documents & Maps Department. 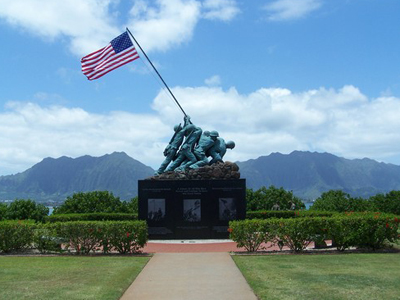