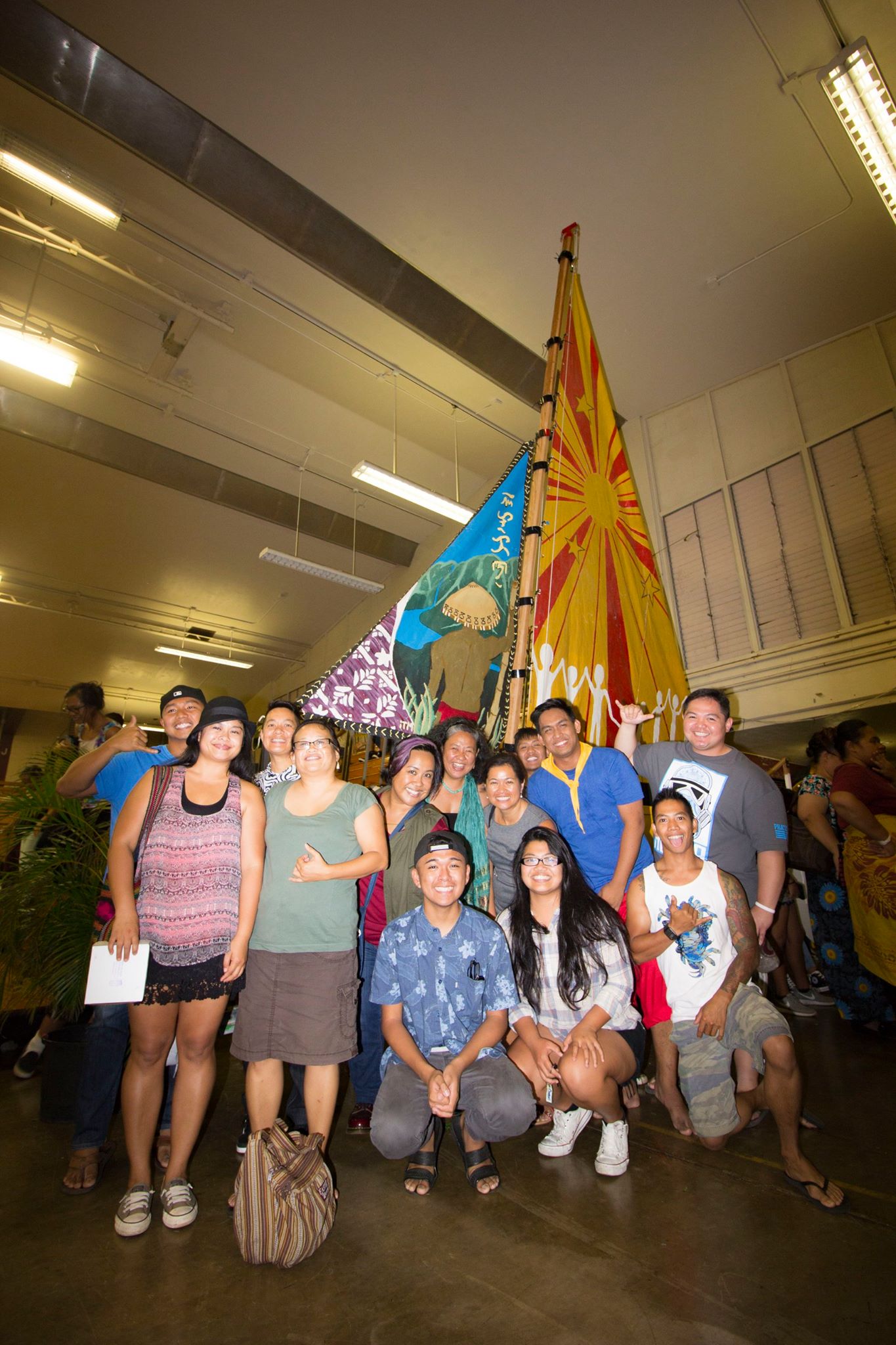 This culture-based social science curriculum is about migration, the movement of people across borders. Culture in Transit aims to teach students how to use ART to think critically and reflect on their personal histories and their place while learning about the Philippines. The first half of the unit takes students into the maritime world of the Philippines. The second half engages students in challenging and authentic learning experiences while answering the questions:

Where did we come from?

How have we traveled?

What did we bring with us?

PART I: Were did we come from? The Phiippines Position in the Pacific 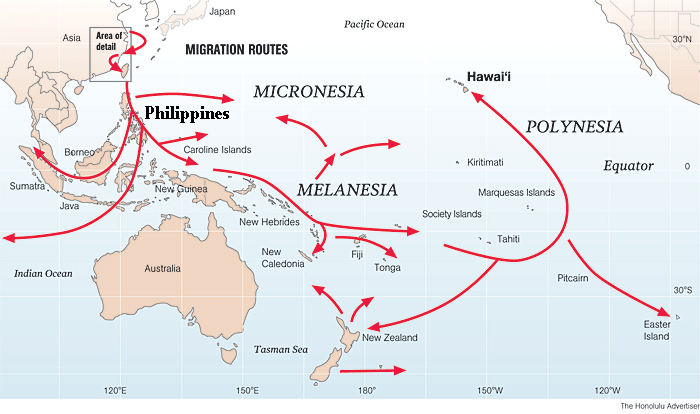 The Philippines has a long history of seafaring. In fact, thousands of years ago in the Philippines, innovations in traditional sailing technology were being developed during the great diaspora of the Austronesian speaking people, whose descendants are the indigenous people of Taiwan, Philippines, Indonesia, and Oceania. Their voyages resulted in settlements in Southeast Asia and Pacific islands as far east as Rapa Nui and as far west as Madagascar. An insightful excerpt from Marie Carvallo of the Honolulu Advertiser tells this story.

"Over the hills and through the woods, to Grandmother's house we go," reads the fairy tale. If only tracing ancestral paths were so simple. For a long time, it was: Island to island, through channel and ocean, that's how Grandmother came — or so the theory went. Polynesians' ancestors, it was said, migrated from relatively near jumping-off points in Southeast Asian archipelagos, such as Indonesia and New Guinea, and fanned out through the Pacific. Only decades ago, that idea seemed pretty solid. But since then, those who study bloodlines, lands and languages have traced Polynesian ancestral origins deeper into the past, and farther north, to the Philippines, Taiwan and even across the strait to the coastline of what is now southeastern China. Scientists now believe that this area's "lost" maritime civilizations are the ultimate ancestral cultures of the seafaring Austronesians, whose descendants would go on to inhabit Polynesia.

PHILIPPINE BOATS DURING THE CLASSICAL PERIOD OF THE PHILIPPINES 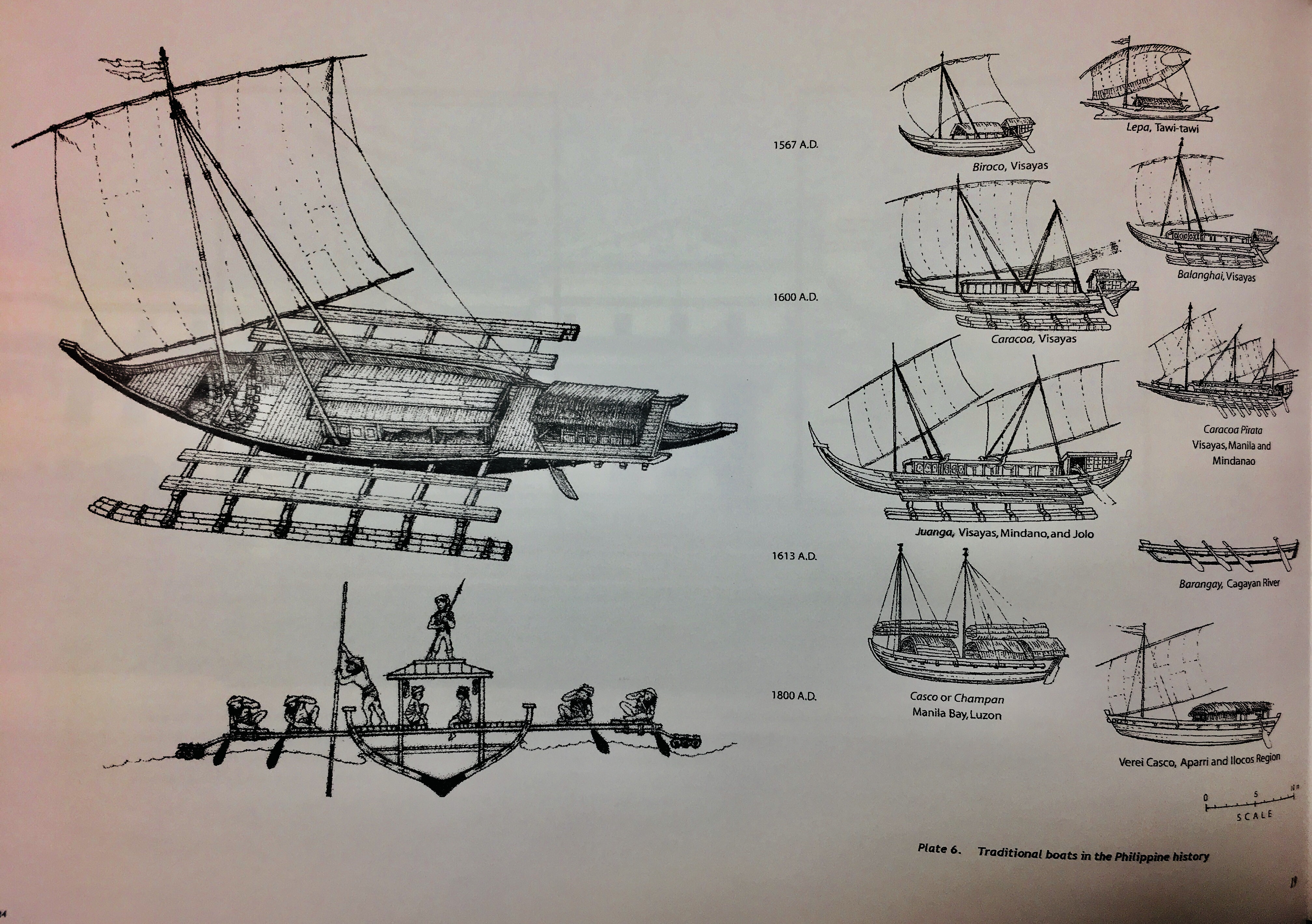 What pushed our ancestors to move?

Theories abound as to why the Austronesians set sail across rough seas to find new land. These were to find fertile ground, to escape war, sea level rise, and pressures of rising population. Peter Bellwood, the foremost scholar on this subject, surmised that besides the obvious reasons for migration, teenagers of the past were not so different from those of today. They were seeking adventure to alleviate teenage angst.

However, Karen Kan Lun-Tu's theses on Wa and Tatala:The Transformation of Indigenous Canoes
on Yap and Orchid Island cites intermarriage as the primary reason why the people of Lanyu, an island between Taiwan and the Philippines, moved to Ivatan, the northern most islands of the Philippines.

One example is a story of a man who married a widow and travelled to
and from the Batanes and Orchid Island. The story is as follows:

There were four men and two women who came from Ivatan of the Batanes
Islands to Orchid Island for Shimina-boan’s (also spelt as SiminaVoang)
marriage with Shina-no-manoyu (also spelt as Sinan Manoyo or Sinan
Manoju). Shina-no-manoyu was a widow with two sons who lived in the
Jimasik tribe (a tribe close to the location of Imorod tribe which no longer
exists). After the marriage, Shimina-boan and his newly-wed wife went back
to Ivatan without Shina-no-manoyu’s two sons. After some years they had
two more sons and the four members of the family voyaged back to Imorod
village and lived to the north of the old Ivalino village, which was said to be

Finally, there is a chant named ‘Step on to a
place other than home.’ The original composer of the chant is Siminavowang (also spelt
as Shimina-boan, the male person in the previous oral story who came from Ivatan).
According to the lyrics of the chant, it was assumed that this chant described the time
when Shimina-boan was going to take Shina-no-manoyu back to Ivatan, and Shina-nomanoyu
left her two sons on Orchid Island. Hence, Shimina-boan sings,

Just go, don’t look around [do not keep looking back at your sons]. Look, the island in the
front. There is where we are going to land. People there are singing like the birds [which
means the island is crowded and full of people] (chants translated from Syapen Jipengaya 1996: 242–43).

What did we bring with us?

Another oral history is of a man named Si-Mangangavang. The father and son
cooperated in building a sixteen-person canoe to sail to the Batanes Islands for trade.
With this canoe, the two places established a long-term business relationship and good
friendship. During the trade, the Tao people used its abundant flying fish and dolphin
fish resources to exchange for gold (Yu and Dong 1998: 91).