Aala: The Life and Death of a Community [streaming video]
https://uhawaii-manoa.primo.exlibrisgroup.com/permalink/01UHAWAII_MANOA/1gkchro/alma9910915622705681

This collection includes photographs, films and papers of photographer Francis Haar. He was well-known as both a fine art photographer and documentary photographer in Hawaii. His portrait's appear in the two-volume Artist's of Hawaii and he frequently photographed friend and fellow artist Jean Charlot. He is well known for his photographs of 'Iolani Luahine as well as other dances in Hawaii and Japan.

Francis Haar (1908-1997) was a Hungarian-born photographer and filmmaker with an international career that eventually led him to Hawaii. He started working as an interior architect and poster designer, teaching himself photography. He became an active and leading member of Munka Kor (Work Circle), an avant-garde group of artists and writers concerned with social issues. His original photographs depicted the hardships of Hungarian peasant life, but after becoming a licensed photographer in 1935, his work showed colorful folk dances and picturesque scenes – many produced for tourism promotion. His strong sense of design was evident and similar to Bauhaus concepts.

In 1937, Haar and his wife Irene moved to Paris where there already were a large number of Hungarian artists and photographers. They opened a studio in Budapest and Haar concentrated on portrait photography and street scenes. While in Paris they became friends with the Japanese film importer Hiroshi Kawazoe and his wife, the pianist Chieko Hara. The Haars were invited by their friends to Tokyo where they were well received and Francis’s work was exhibited. Soon they opened a portrait studio and Irene opened a Hungarian restaurant. After the attack on Pearl Harbor, they were forced to evacuate to Karuizawa where they lived under difficult conditions, including some periods when they had only watercress to eat. He was forbidden to take photographs and eventually was not allowed to talk with Japanese people.

After the war, Haar worked for the occupation forces as a photographer for the U.S. Army publication Yank. He also reopened his studio where in the late 1940s and early 1950s, he produced some of his best work. Ignoring the occupation, he depicted traditional Japanese village life, festivals, calligraphy, ceramics, plays, geisha and abalone divers. Haar called his approach a “realistic documentary style.” He lived and worked in Japan for two decades.

After working in Chicago, 1956-1959, as a photographer for the Container Corporation of America, Haar and his wife came to Hawaii in 1960 to make a film about Japanese ukiyo-e woodblock prints. He specifically worked with James Michener who had an extensive collection of these prints. He decided to stay in the new state and spent most of his time making films. Haar continued to make still photographs and to teach photography during the summers at the University of Hawaii. Among his photographs are portraits of well-known local artists Jean Charlot, Madge Tennent and Juliette May Fraser.

At the time he came to Hawaii, Haar had created eight documentary films and published nine books on Hungarian and Japanese culture. In the next 17 years, he produced seven more films and five more books, depicting many aspects of Hawaii life. His now iconic photographs of kumu hula Iolani Luahine are a large part of his legacy. In the 1960s he took documentary photographs and made a film of Honolulu’s Chinatown district which was about to disappear in the path of urban renewal projects. These are much used by a variety of scholars and have been seen in public exhibitions.

Haar initiated and directed a project to record prominent artists of Hawaii in the 1970s. Many of his portraits appeared in the two volumes of Artists of Hawaii (University of Hawaii Press, 1974, 1977). In 1984, Haar was designated a Living Treasure of Hawaii by the Honpa Hongwanji and the Hawaii State Legislature.

(Bolded items are focused on Artists of Hawaii, commissioned for the Bicentennial) 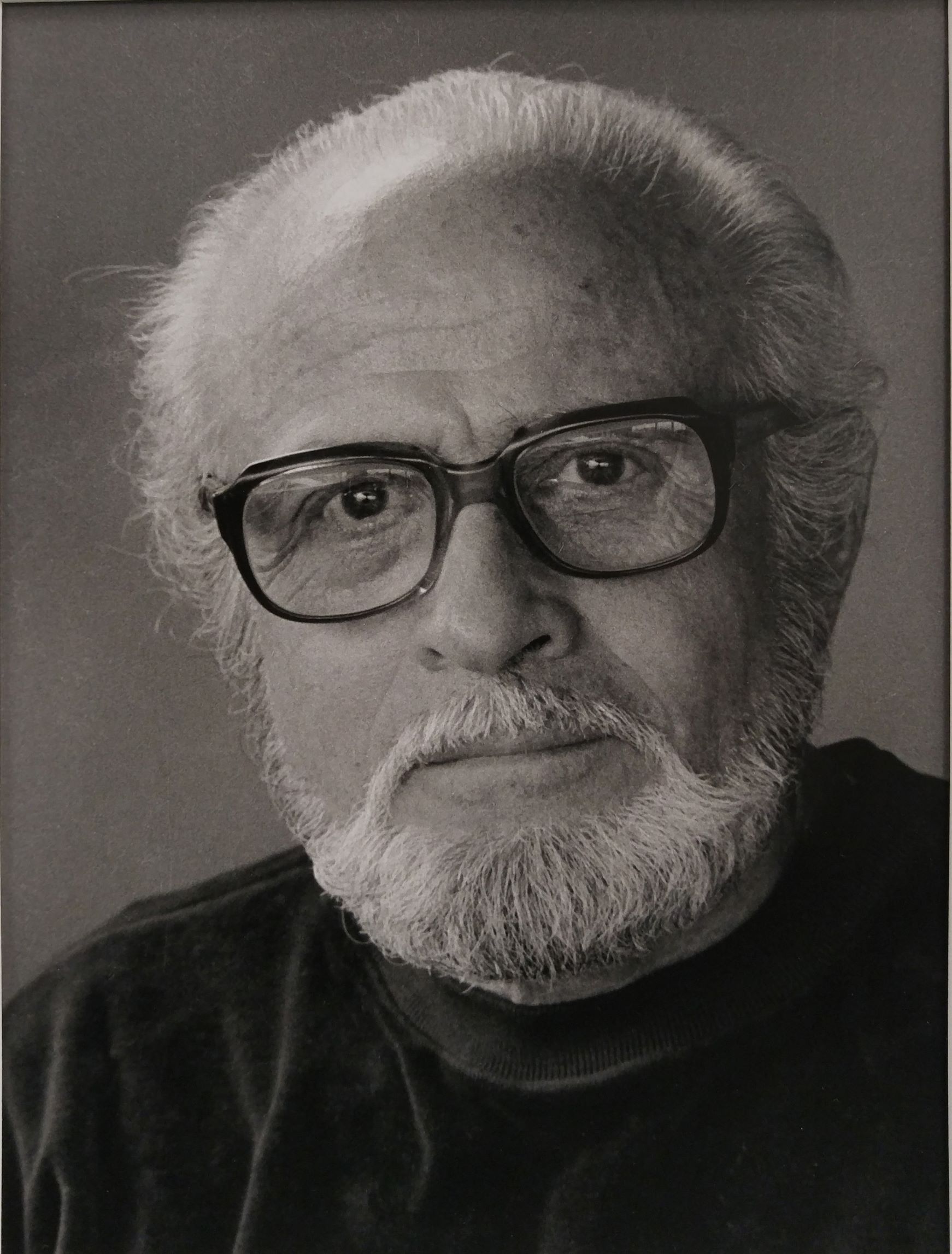 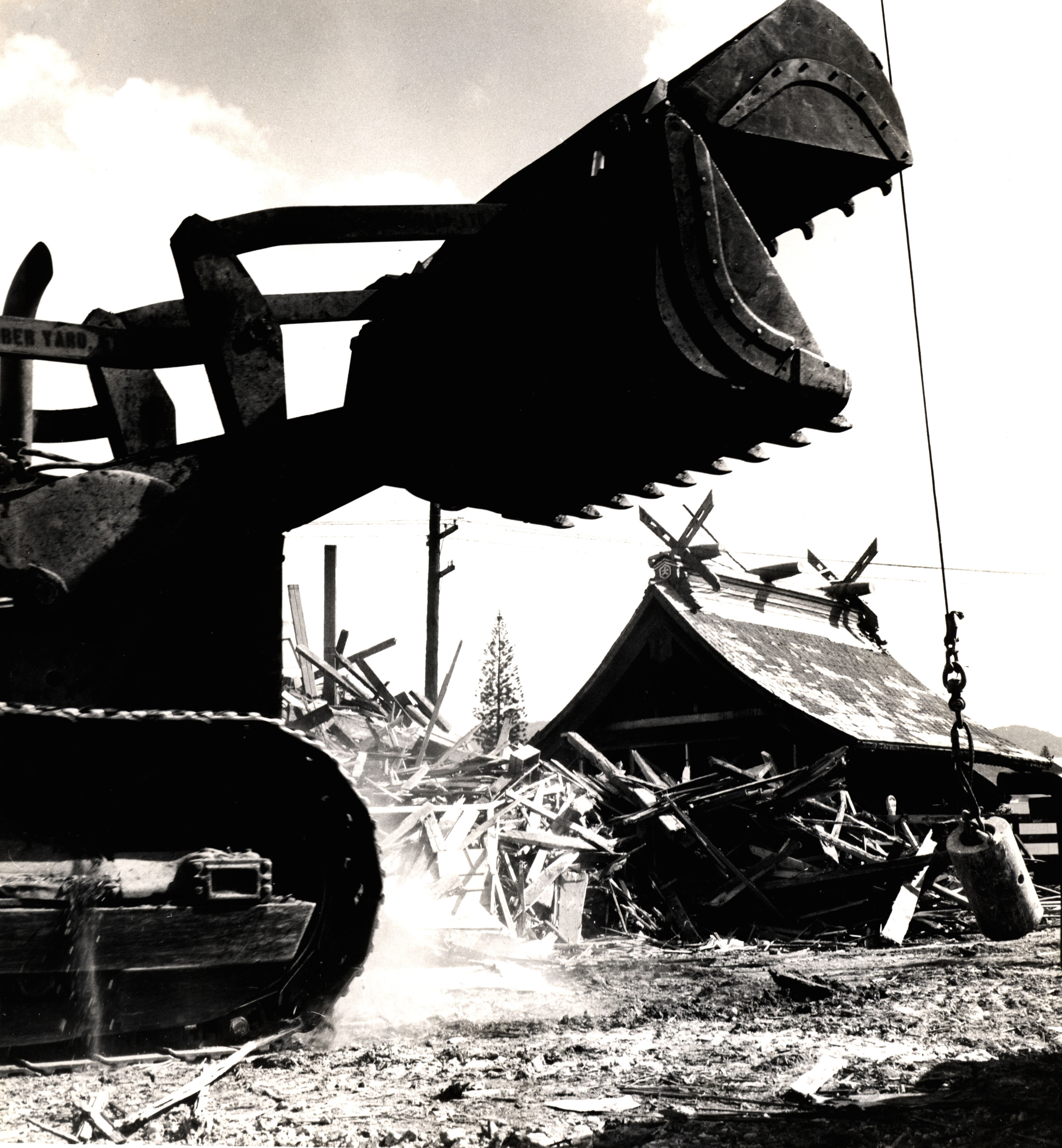 Photograph near Aala Park, Honolulu,
by Francis Haar, circa 1962