A Tradition of Excellence. Honolulu: Department of Art, University of Hawaiʻi at Mānoa, 2002.
https://uhawaii-manoa.primo.exlibrisgroup.com/permalink/01UHAWAII_MANOA/mb0mp5/alma9921697814605682

The Ben Norris Papers span his career as chair and professor of art at the University of Hawaii, as well as materials relating to his work as a well known local artist. There are links between other prominent Hawaii artists, especially Jean Charlot who was first hired as an art professor at the University by Norris in 1949.

Later that year, Norris became the first recipient of the William Lincoln Honnold Fellowship at Harvard University’s Fogg Museum, where he studied art history and Japanese art. The city’s architecture also exposed Norris to a culture of high art, where he was able to etch the Romanesque buildings around him. In 1932, he moved to Paris to continue his graduate studies at the Institut d’Art et d’Archéologie á la Sorbonne. There, Norris travelled across Europe and continued to teach himself how to paint in watercolor, etching landscapes and architecture he encountered along the way.

Although determined to make a career out of his art, the Great Depression put serious pressure on Norris to join the education profession. In 1936, he moved to the island of O'ahu in Hawai'i and had the opportunity for a major showing of his work at the Honolulu Academy of Arts immediately upon arrival. Norris also became the first art teacher at the Kamehameha School for Boys, where he taught for a year. While teaching, Norris also continued perfecting his craft in watercolor, exploring the environment of his new home. By 1937, Norris was offered a position at the University of Hawai'i in the Art department. He joined the faculty, but also continued his love for painting in a small studio, formerly a hotel kitchen in downtown Honolulu.

Norris’s career at the University was dynamic. He had the opportunity to meet with Hawai`i’s emerging and established artists, such as Madge Tennent, who took Norris under her wing. He also travelled across the United States to display his work in a number of exhibitions. By 1942, Norris was an established member of faculty, but was forced to take a hiatus, after the Japanese attack on Pearl Harbor. The University ceased most of its operations until the war ended, and Norris had taken a job with the 14th Naval District and the U.S. Geological Survey. When University operations resumed in 1945, Norris was appointed head of the Art department, which he served until 1955.

The Art department at the University of Hawai'i was greatly influenced under Norris’s guidance. Norris introduced sculpture, photography, art history, and architecture courses to the University. Perhaps more significantly, his ability to secure visits by renowned artists to the islands transformed art in Hawai'i. Artists such as Jean Charlot, Dorthea Tanning, Max Ernst, and Josef Albers all came to O'ahu as artists-in-residence because of Norris. These artists influenced Norris’s own work, which transitioned from realist expressions of the landscape to abstraction using collages.

Norris retired from the University in 1976 as and spent the rest of his life in New York and Philadelphia, where he died in 2006. A self-taught painter, Ben Norris spent over seven decades painting, sketching, and innovating his work, resulting in many awards and prizes over his lifetime. Norris’s work was often described as emotional and captured views of “real life” using vibrant and rich colors. His work was often grounded in the land, even as his work transitioned into abstraction and naturalism. Norris had twenty-five independent shows and exhibitions, as well as many group exhibitions, including shows at the de Young Museum in San Francisco and the Metropolitan and Whitney museums in New York. Coming full-circle, Norris’s last major independent exhibition was in the fall of 2001, where his Rain Forest Series opened at the Honolulu Academy of Arts. 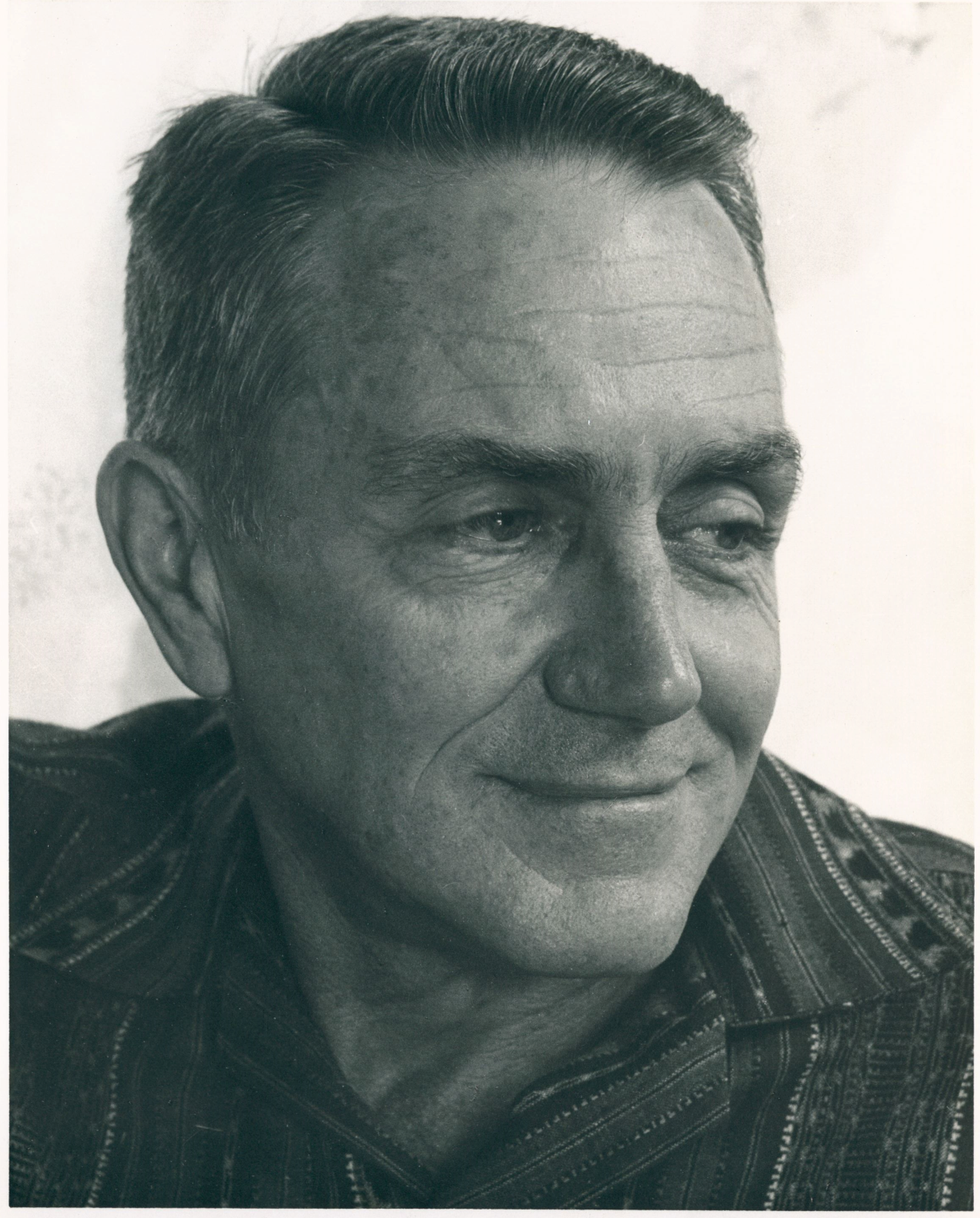 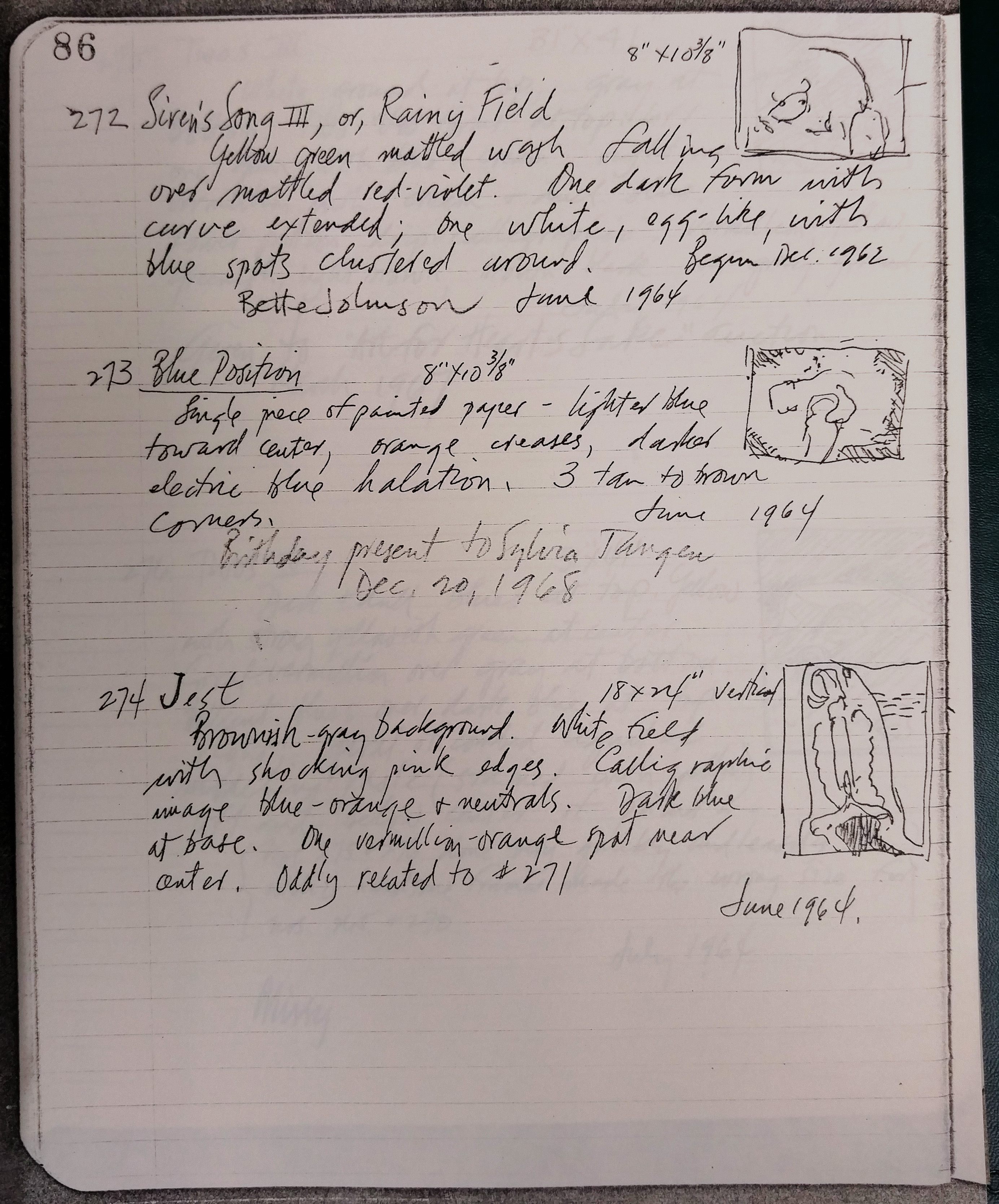 Photocopy page of "Record of Paintings" by Ben Norris