This is a small collection of papers relating to Kenneth Kingrey's work as a design faculty member at the University of Hawaii at Manoa. Materials include correspondence, teaching, exhibitions, and clippings as well as audio recordings and slides.

Kenneth Kingrey (1913-1994). Whether aware of it or not, students in the Art Department at the University of Hawai‘i at Mānoa are deeply influenced by the contributions of Kenneth Kingrey. Born in California in 1913, Kingrey developed an early love for design, assisting in the yearbook design for his high school at age sixteen. Quickly, he became an important member of the academic community in California. After earning a Bachelor’s in Education at the University of California at Los Angeles in 1940, he began teaching at the university as he worked on his MA. Over the next ten years, Kingrey created the design program and major at UCLA. His talent changed the landscape of design at UCLA and earned him a two-year stint at the University of Hawai‘i at Mānoa. Kingrey developed the first design program for the University before he returned to California.

Kingrey did not leave Hawai‘i or the University for long, returning in 1953 to continue developing the design program as a member of faculty. He joined an already blossoming core group of academic artists, such as Tseng Yuho and Ben Norris. Kingrey changed the landscape of the Department of Art and facilitated the permanent discipline of design through a bachelor’s and master’s program, serving as the program chair. For twenty-six years he taught at the University, molding the minds of hundreds of students, many of which credit him as greatly influencing their own work. Kingrey was revered for his ability to show students that there was design in all facets of life, even within themselves. He expressed design as deeply personal, and in many ways, self-critical.  His teaching style and work has been emulated by many influential members of the UH community, including Momi Cazimero, Tom Klobe, and Clem Lagundimao. In addition to teaching at the University, Kingrey he also served on the departmental personnel committee, Senate of the College of Arts and Sciences, University Research Council, and the Committee for the University’s Festival of Arts of this Century. By the time Kingrey retired in 1979, he had established a strong foundation for design for the University and Hawai‘i.

Kingrey’s success was not limited to academia. A self-proclaimed “comprehensive designer,” he found himself involved in all types of design including book, graphic, interior, industrial and architectural, among others. All six of his book designs received awards including several American Institute of Graphic Arts Book Design Awards and Western Book Awards. Kingrey had exhibitions featured at the Honolulu Academy of Arts, the Little Gallery, and the East-West Center.  He also had a passion for photography, which helped forge a strong relationship with the Honolulu Academy of Arts. Kingrey and fellow UH professor Kenneth Bushnell became the first two photographers to ever have solo exhibitions at the Academy in 1968. He also participated as juror in a number of exhibitions and showings in the following years leading up to his death in 1994.

Kingrey’s legacy has endured long after his death. His students have continued forging the discipline of design, as well as other areas of art. His work also remains alive across the island of O‘ahu. Kingrey served as the design coordinator for the Saint Francis Hospital in Honolulu, where the corporate logo he designed is still used today. His work can also be found in the Pau‘ahi Wing of the Queen’s Medical Center for which Kingrey was a co-designer. He pioneered the self-generating system, a method of procreative art, where the designer takes a piece of art and metamorphizes it. The piece is ever-growing in complexity yet remains part of the same design. Like people, the self-generating system generates itself like a leaf growing from a branch. 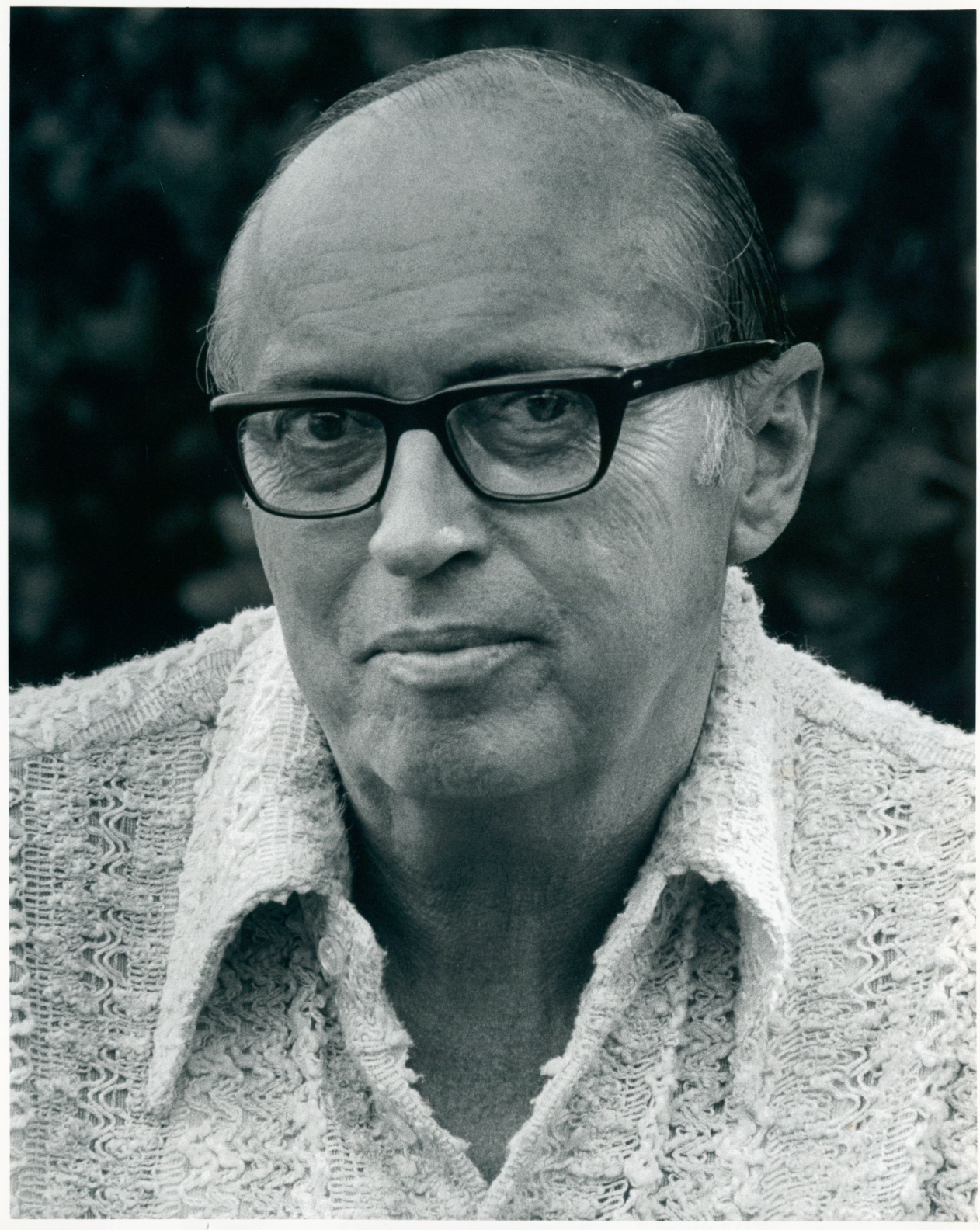 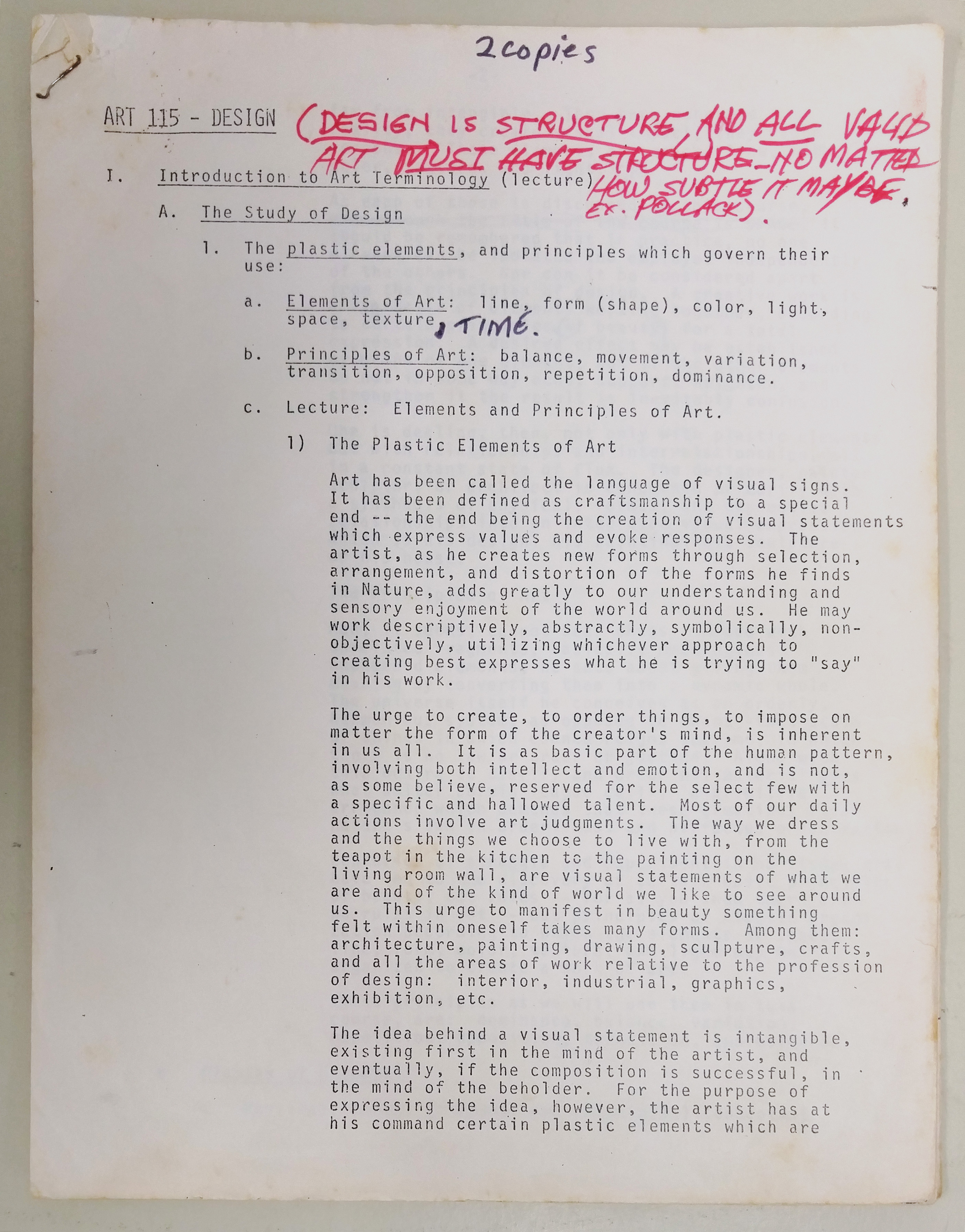 A Tradition of Excellence. Honolulu: Department of Art, University of Hawaiʻi at Mānoa, 2002.