Hawaii artist Dietrich Varez was inspired by the work of Jean Charlot. This collection includes over 80 woodcut and linocut prints plus related correspondence mostly dating to the 1990s.

Dietrich Varez (1939-2018) was an iconoclastic printmaker and painter in his art and his art business. His work depicts scenes of Hawaiian mythology and traditional Hawaiian life in a distinctive style that is widely recognized.

He was born in Germany and because of the war had a miserable childhood, including the divorce of his parents. In 1948, his mother married a U.S. Army sergeant named Manuel Varez who adopted her two sons. They moved to Honolulu where Dietrich graduated from Roosevelt High School and the University of Hawaii, with a bachelor’s degree in English. He joined the U.S. Army in 1962. He then served in the Army Reserves in Honolulu while earning a master’s degree in English at the University of Hawaii. In 1965 he married Linda Denneberg, a noted painter originally from California, and in 1968 they moved to Hawaii Island near Kilauea Volcano where they bought property.

For several years the family lived in tents on their land or in cabins at Hawaii Volcano National Park where Varez supported the family with groundskeeping and bar tending jobs. He supplemented his income by carving scraps of wood with the image of the volcano goddess Pele and eventually creating woodblock and linoleum prints. He gave most of the prints away but sold some at the Volcano Arts Center which opened in 1974. Varez prints became increasingly popular and eventually he was able to earn a living as an artist. Many of his images illustrated books, some of which he wrote.

Varez produced over 225 woodblock and linoleum prints with imagery from Hawaiian legends and the natural environment. His now-iconic images are intricately detailed and in a monochrome reddish-brown color, some with patterned borders. In the early 2000s, he worked with a digital print process and rarely signed the results.

Latterly he included more modern images related to Hawaii on a limited basis, including Saint Damien, Saint Marianne, and even the famed World War II battleship USS Missouri. He licensed his art in other ways – fabric for aloha shirts, jewelry, and even for chocolate bars.

Varez was ambivalent about selling his work and being considered a professional artist, avoiding publicity. His goal was to make art accessible and affordable and he didn’t care about the art “scene.” He did not limit his editions, making prints until a block was too worn for further production. He dated his prints according to when they were struck, not the customary way of dating when the block was carved.

He lived and worked in a rural forested area in a house he built himself, accessed by a barely passable road. His family’s self-sufficient lifestyle involved capturing rainwater and doing without electricity for 30 years. Varez was a quiet, retiring person who was able to maintain the tranquility he needed for his work. 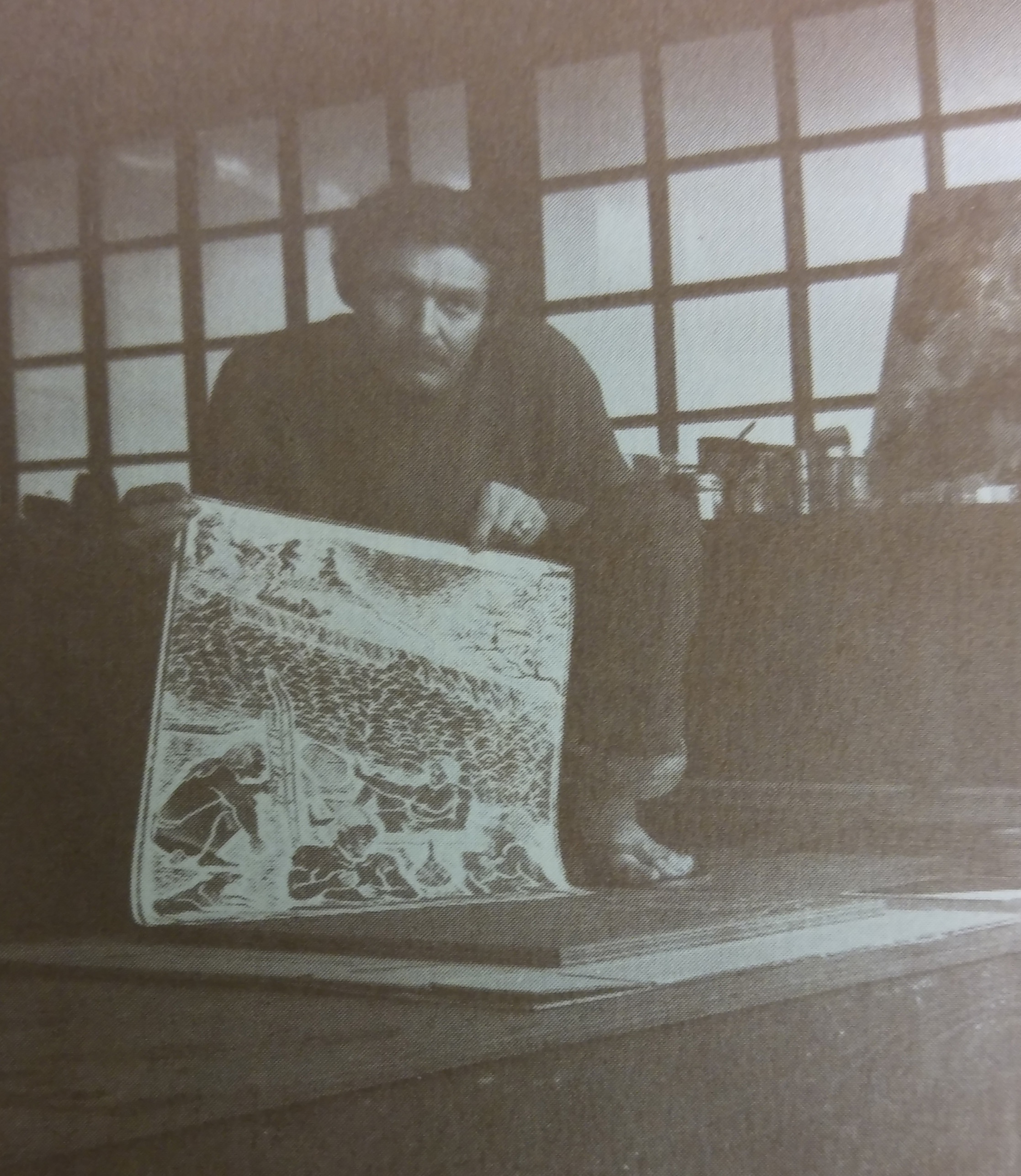 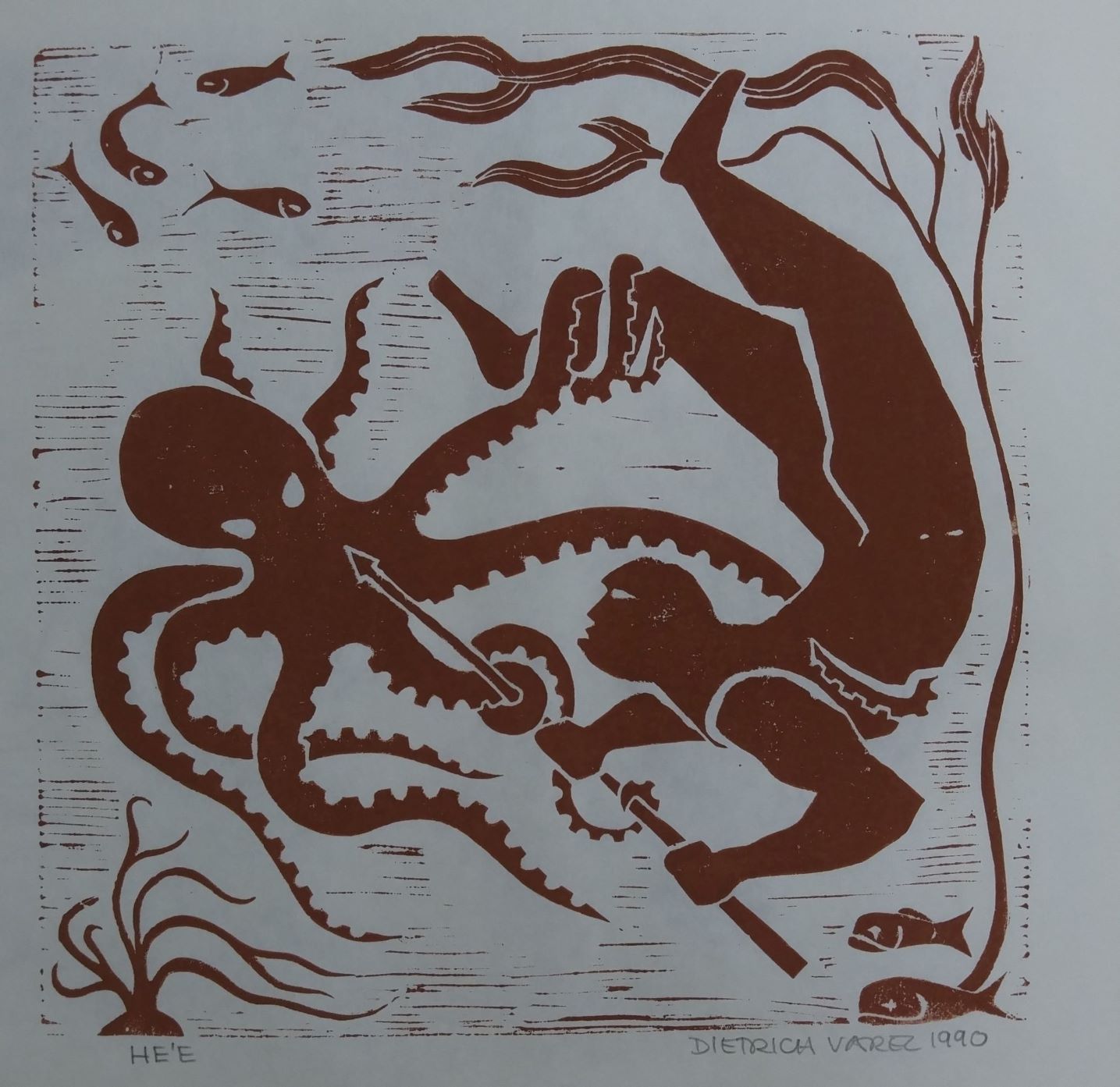