A Tradition of Excellence. Honolulu: Department of Art, University of Hawaiʻi at Mānoa, 2002.

The personal papers of artist Tseng Yuho include correspondence, draft manuscripts, some of her calligraphy, as well as scholarship by her husband and authority on Chinese furniture, Gustav Ecke.

Tseng Yuho (1925-2017). Few artists in Hawai'i have had as much of an international reach as Tseng Yuho. Born in Peking, China in 1925, she was given the name Chao-ho Tseng, but used her penname of Yuho (Young Lotus) since she was fifteen years old. Later, she legally changed her name in 1983 to Zeng Youhe, which she translated as, “preserving peace and harmony,” but continued to exhibit as Tseng Yuho. Tseng’s childhood exposed her to art at a very young age.  When she turned two, she moved to Suchou to live with her grandmother, who taught her embroidery and painting. By the time she entered primary school, Tseng was an all-around student, excelling in her studies, sports, performances, and especially her artwork, which was often displayed in classrooms. Tseng’s parents quickly realized their daughter’s artistic talent and committed her to a career path in art. She was pulled out of high school and tutored in traditional Chinese painting by the artists P’u Chin and P’u Ch’uan (both cousins of China’s last emperor).

Even before Fujen University in Peking in 1940, Tseng’s prowess as an artist was evident. She excelled in calligraphy and painting. She had already mastered in the styles of Kungpi (linear court style) and Hsüeh-yi (spontaneous style). At Fujen, she continued her studies in traditional Chinese art and history, but also began looking at Western styles of art. This balance of East/West solidified through graduate school and her professional career. Her first exhibit in China featured her work in the style of her master, P’u Ch’uan, and earned her solo exhibitions in London and the de Young Museum in San Francisco. In 1949, Tseng fled civil war in China and moved to Honolulu with her husband and former professor, Gustav Ecke. Commonly known as Betty Ecke in Hawai‘i, Tseng’s artistic genius earned her an international reputation independent of her husband. She held her first solo exhibition in Hawai‘i in 1950 at Gump’s Gallery in Waikiki.

Tseng began attending the University of Hawai‘i to work on her master’s degree. While living in Honolulu, Tseng’s art travelled the world in several solo and group showings. She had numerous exhibitions sponsored by the de Young Museum in San Francisco which brought her to museums and art centers across the United States and Europe, being featured in New York, Zurich, Rome, and Paris. Her exhibitions provided her with a strong international presence and reputation while she still maintained the Chinese heritage in her paintings. She developed her own technique, dsui hua, which was a highly unique and personal style of collaging and layering paint over handmade paper and aluminum leaf. This process drew from her training in traditional Chinese styles but infused contemporary influences to create uniquely modern works.

Tseng’s ties with the University of Hawai‘i also grew, even as her international reputation increased. Working as a part-time professor in the Art Department in the 1960s, Tseng frequented social circles with other respected artists in the islands, including Jean Charlot, Ben Norris, and others. This creative environment helped Tseng conceptualize her dsui hua technique. In 1969, Tseng was appointed full-time associate professor at the University, while also serving advisory and consultant roles for the committee of East Asian studies and the Honolulu Academy of Arts. After receiving a PhD in Far Eastern Art from the Fine Arts Institute in New York, Tseng was appointed full professor. She served as the program chair of the art history division of the Department of Art from 1971-1973 and 1979-1982. She continued her engagement in Asia-Pacific relations, serving on a variety of committees surrounding the East-West Center. Tseng also held several public lectures in the Art Department. In 1985, she retired from the University and helped establish the Faculty Retirees Association of the University of Hawai‘i. Her commitment to scholarship and culture were rewarded in 1990 when she was recognized as a “Living Treasure of Hawaii.” Tseng Yuho moved to Beijing in 2005, where she resided until her death in 2017.

Tseng’s contributions to the University of Hawai‘i and to the international art community are immense. Her works can be found in scholarship, institutions, and public spaces. Murals painted by Tseng can be found in San Francisco, the Daniel K. Inouye International Airport, and the University of Hawai‘i at Hilo. Tseng’s work was not so much revolutionary as it was evolutionary. Grounded in Chinese artistic traditions, she had the ability to dance between the lines of abstraction and realism, blending ancient styles with contemporary ones to create modern, ethereal pieces. Artist Jean Charlot spoke of his colleague’s inimitability:

The more one delves into Tseng Yuho’s abstract style, the more do the resemblance between her art and our modern art fade out. Instead a sense of deep antiquity replaces surface modernism. Straight lines, circles and dots irregular rectangles, are nearly her only means. The colors are few and subdued. Having absorbed both cultures, of the East and the West, the artist achieves a peak of sophistication by rejoicing in undiluted simplicity. 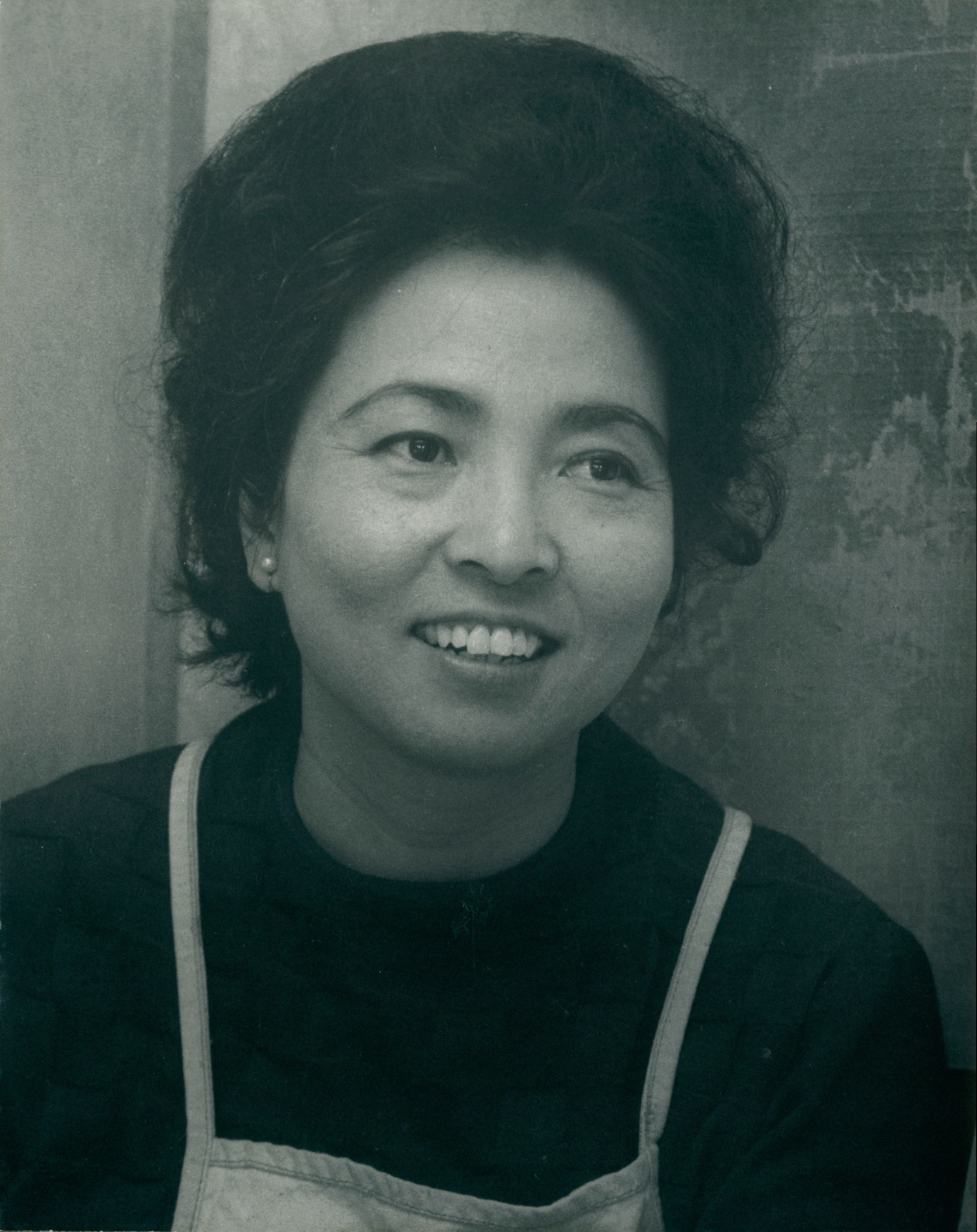 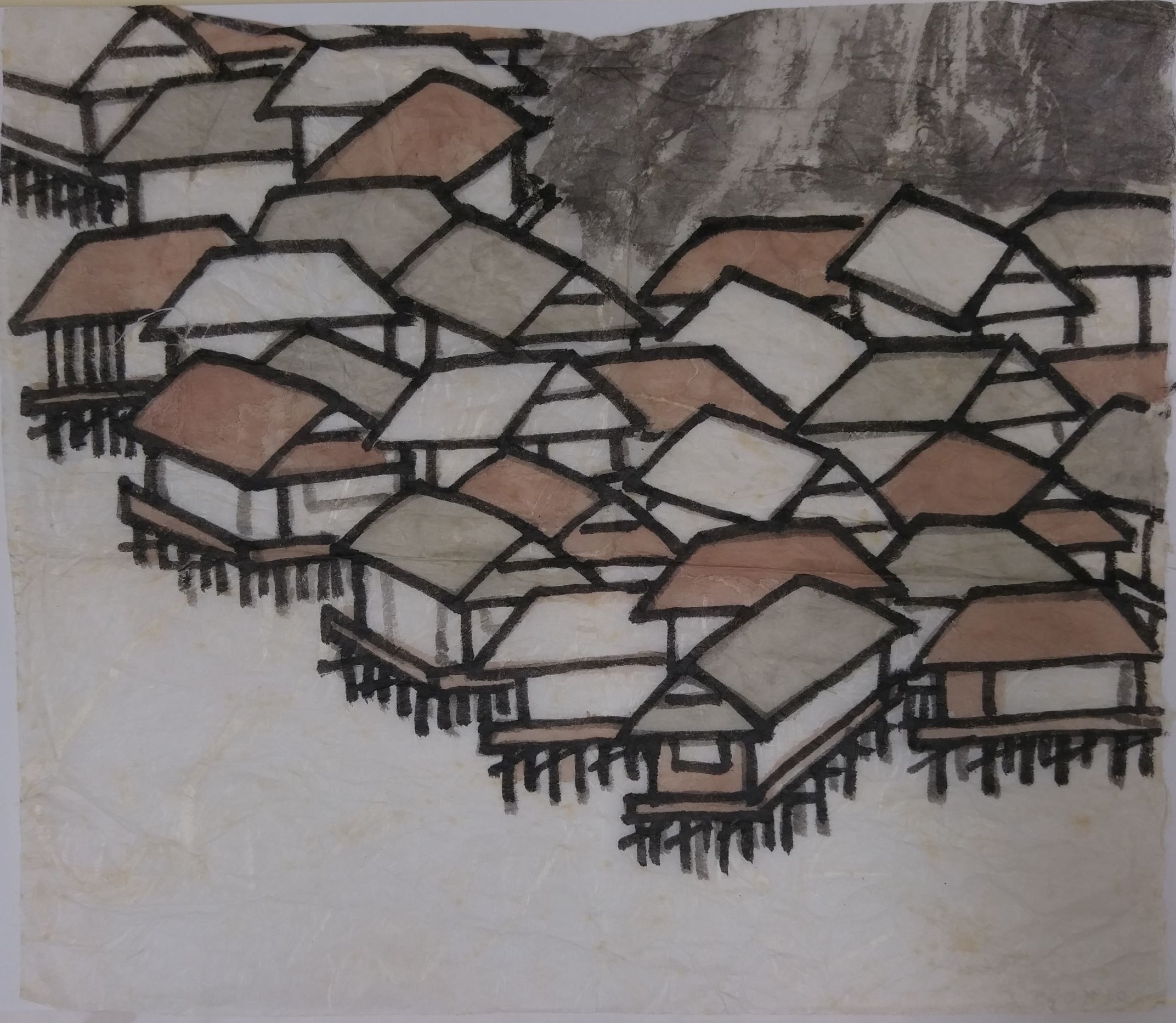